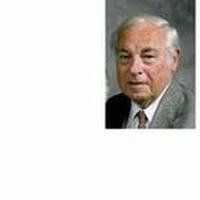 WERNER SCHULZE On Tuesday, July 25,2006 at Riverview Health Centre, Werner passed away after a lengthy battle with cancer at the age of 74 Werner leaves to mourn his wife of 53 years Frieda and his children, Karin (Steve) Brewer, Esther Kiernan, Linda Davidson; his grandchildren Meghan, Matthew, Laura, Julie, Carolynne, and Heather; his brother Rudi (Ruth) from Australia; and sister Karin (Klaus) in Germany. He was predeceased by his mother and father Gertrude and Arthur. Werner was born Oct 13, 1931 in Berlin, Germany and immigrated to Canada in 1951. He was a member of North Kildonan Mennonite Church since 1953. Werner was self employed in construction for 13 years and then employed as the Construction Manager for Wm. Dyck and Sons in Niverville until his retirement in 1991. Werner used his skills in construction to build his family’s dream cottage at West Hawk Lake. Werner and Frieda began clearing the land at West Hawk in 1972 and it was a constant work in progress and labour of love. The family spent many enjoyable years together, building wonderful memories. Cremation has taken place. A memorial service will be held at 10 a.m. Friday, July 28, 2006 at North Kildonan Mennonite Church at 1131 Roch St. Ash internment will take place at Green Acres following the service. In lieu of flowers, donations may be made to CancerCare Manitoba or to a charity of your choice.