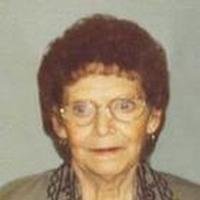 After a long courageous battle with numerous ailments, we rejoice that Susan has gone to be with the Lord. Susan Giesbrecht was born September 26, 1928, in Lowe Farm, MB. She passed away Wednesday, July 26, 2006 at the Health Sciences Centre. She is survived by her husband Peter J. Giesbrecht of Rest Haven Nursing Home, two sisters, Evelyn (John) Goertzen, and Nora (John ) Wiebe; two brothers, John (Susie) Harder, and Peter (Mary) Harder, one sister-in-law, Mary Harder, one brother-in-law, John J. Giesbrecht (Clem), numerous nieces and nephews and many friends. She was predeceased by her parents, Frank and Cornelia Harder, brother Frank and sister-in-law Agnes Harder, brother Abe and sister-in-law Josie Harder, brother Ben Harder, sister Anne and brother-in-law Rossaire Curtaz, sister Marie Gornick and sister Tina in infancy. Sue loved family gatherings and it brought her special joy when nieces and nephews visited her. Viewing will be held at Birchwood Funeral Chapel on Sunday, July 30 at 7 p.m. with at devotional at 7:30 p.m. and prior to the service. The funeral service will be held Monday, July 31, 2006 at Birchwood Funeral Chapel at 2:00 PM with internment at Heritage Cemetery. Family would like to thank homecare and nursing staff and Steinbach Bethesda Hospital and HSC staff for all of the loving care provided.