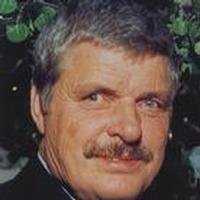 A friend of the family said that “Jim’s good nature and wit were his measure”. So true, he loved life and lived it to the fullest during his 67 years. Jim had a wonderful sense of humor and an astounding knowledge of life’s little known facts - he always won at Trivial Pursuit. As a young man, he loved the outdoor life, hunting and fishing trips with his friends, and camping on the Burntwood River beaches with his kids. Jim enjoyed carpentry - he was always fixing up or making something. His greatest endeavor was the family cottage at Paint Lake. Jim loved his girls and called them every night to make sure they were okay. His joys in life were “car-car” rides, his dog, Pounder, the coming of spring, Mrs. Mikes hamburgers, the CBC, Chinese food, checking out Home Hardware and Canadian Tire for the latest bargain in tools and finding new and different places to eat in the city of Winnipeg. Jim grew up in St. Vital, MB. He was a graduate of Glenlawn Collegiate. His working career was with the Manitoba Telephone System. He began his career with MTS as a Central Office Man in Winnipeg. In 1970, he accepted a position in the city of Thompson and he and his girls moved north. They intended to stay only for “five years”, however, they found they loved the north and stayed for 35 years. During his career with MTS in Thompson, Jim worked in various positions including management. He retired in 1992. Jim served as a volunteer fireman for the City of Thompson from 1971 until 1976. He enjoyed his time there and made many lasting friendships. In 2004 he and Irene left the north and moved to Paradise Village, a retirement community about half and hour out of Winnipeg. His stay has been much too short. Jim was predeceased by his parents, Leonard and Margaret Cunningham, his step-brother, Bill Ingersoll, his brother Roy and his sister Patricia. He is survived by his wife Irene, his daughter Lee and his grandson Jeremy Bassett, his daughter Elizabeth (Darryl Armstrong) and his granddaughter Sunny, his nephew Leonard and his family and his niece Martha and her family. Thank you to all of Jim’s friends, who visited him, telephoned or e-mailed good wishes. It meant a lot to him and to us to know that you cared. Thank you to Dr. Bissonnette and the wonderful nursing staff of Ste Anne Hospital - they took good care of Jim and us during his illness. Special thanks to Jan and Wes Charter, Tom and Mabel Armstrong, Heather and Jules Burnell, and Dennis and Verle Vassart. Cremation has taken place and in keeping with Jim’s wishes, there will be no service. In lieu of flowers, if friends desire, donations in Jim’s memory may be made to Ste Anne Hospital, 52 St Gerard Street, Ste Anne, MB R5H 1C4. Have a speedy journey sweetheart - Pounder is waiting to walk you through to Heaven. Uncle Charlie will be there ready to begin another of your great debates. Make sure you call your girls to let them know you arrived safely.