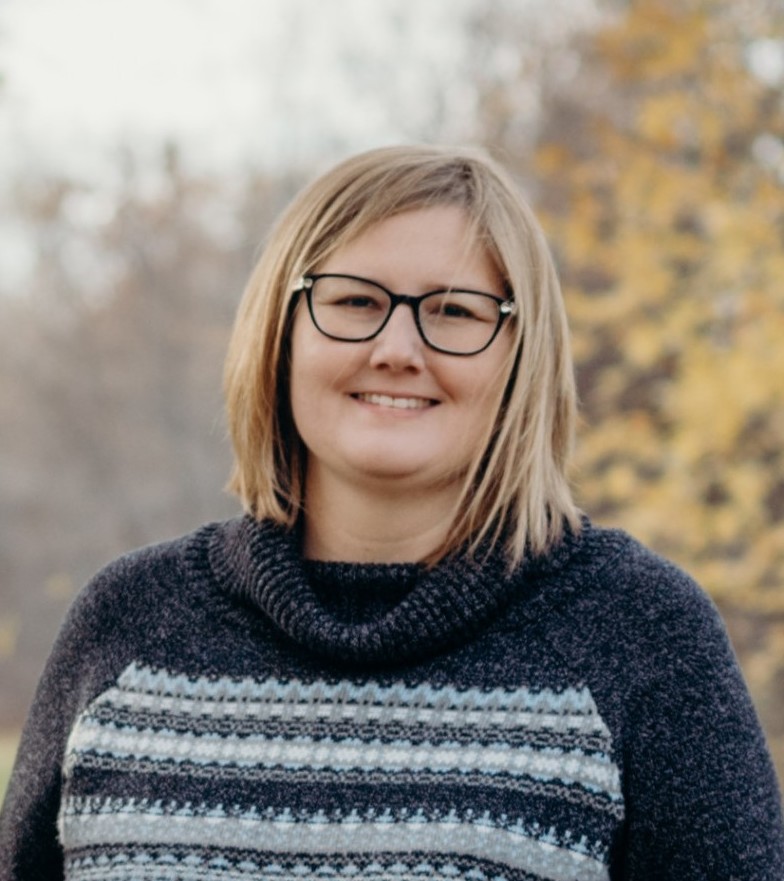 In the early morning of November 23, 2019, we said goodbye to Charlene Krause as she made her way to be with her Lord and Saviour, Jesus Christ.

Charlene will be fondly remembered by many who knew her for her hearty laugh, caring nature, love for reading, skilled crocheting, and her heart for those who were going through hard times. Above all those, her middle name, Faith, proved to be her most outstanding quality. Her ability to let her faith in Jesus shine through the darkest of times touched many lives along the way.

Born February 17, 1981, Charlene was the first born to Mel & Marilyn Thiessen in St. Pierre, Manitoba. She grew up on the family farm in Carlowrie. Her school years were spent at Roseau Valley School in Dominion City, where she graduated in 1999. Her passion for gaining knowledge led her to acquire two post-secondary degrees; both rooted in her concern for others. First was a Bachelor of Biblical Studies from Millar College of the Bible. She followed that up by enrolling in Human Ecology at the University of Manitoba. To help pay for schooling, she picked up a job at Sobeys in Steinbach, where she was promoted to Customer Service Manager and ultimately Front-End Supervisor. After graduating from U of M, her heart for the disadvantaged led to a job working for the Province helping people in need which transitioned to her dream job at Winnipeg Housing as a Tenant Resource Coordinator, helping find shelter for as many people as she could. Charlene was always eager to share stories of her many encounters with the tenants she was charged with, and you could tell that she had a special place in her heart for them. In her spare time, Charlene enjoyed helping out with Youth Groups at Stuartburn Gospel Chapel, Winnipeg E Free, and Kilcona Alliance. Fittingly, it was a Youth Pastor by the name of Sam Krause that caught her eye in 2012. In February the following year, Sam proposed and on October 5, 2013, they tied the knot. They took up residence in a condo near the Nairn Overpass where they would spend the next 4 years before moving to Niverville in 2017.

Charlene was a sports fan in general - she enjoyed playing soccer and watching the Winnipeg Jets - but she was a huge Blue Bombers fan. She was a long-time season ticket holder and she would be at all the home games to boisterously cheer on her favourite team, celebrating each touchdown with high fives with family and friends. When she wasn't being boisterous, Charlene would have her face buried in a book or would immerse herself in crocheting, which she learned from her great grandma. Everywhere she went, her crochet bag was never far away. She became very good at it, creating a bounty of beautiful blankets as Christmas or birthday presents for her relatives. From Batman and The Hulk to the Boston Bruins and Minnesota Vikings, there wasn't a logo she couldn't weave together.

In May of 2016, Josiah and Isaiah came into the world and filled their parent’s hearts. That Fall, Charlene would get the earth-shattering diagnosis. Colon cancer. It would be the beginning of 3-1/2 years of courageously fighting for her life. She endured operations, scans, chemotherapy, good news, bad news. Through it all, you would rarely see a picture of her without a big smile on her face. It was a joy and inner peace that can only be attributed to her faith in Jesus and the assurance that she had salvation. She wasn't shy about sharing that faith, either, speaking at several public events and giving her insight on the comforts of Christianity. She leaves behind a legacy of courage in the face of adversity and a selfless love for others.

She is predeceased by her grandpa Peter Thiessen, grandma Adeline Thiessen, grandpa John Thiessen, aunt Lois Klassen, and cousins Nolan Klassen and Jolene Thiessen. She was also loved by many aunts, uncles, cousins, and extended family and friends.

The funeral service will be held on Saturday, November 30, 2019, at 10:00 a.m. at Winnipeg Evangelical Free Church, 500 Lagimodière Blvd, Winnipeg, MB, with burial to follow at Hespeler Cemetery, Niverville, MB. Viewing at the church at 9 a.m. prior to the service.

If friends so desire, donations may be made to assist the family with the boys’ education.