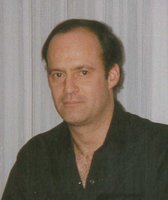 It is with profound sadness that we announce the passing of René Gagné, on December 1st, 2019, aged 66, following a lengthy illness, at the St. Pierre De Salaberry & District Health Centre.

René will be truly missed by all those whose hearts he touched. He was a hard worker, and gave his 110% in all jobs he took on. He was compassionate, kind, selfless, and a giving person. We are so blessed to have had him in our lives. The void he is leaving in our hearts will never be filled.

On behalf of the family, we extend our sincere gratitude to Dr. Nazir and all the nurses for the caring and compassion given to René, along with all staff members who were part of René’s care.

In lieu of flowers, donations in memory of René can be made Southern Health-Santé Sud (In memo line: De Salaberry District Health Centre).