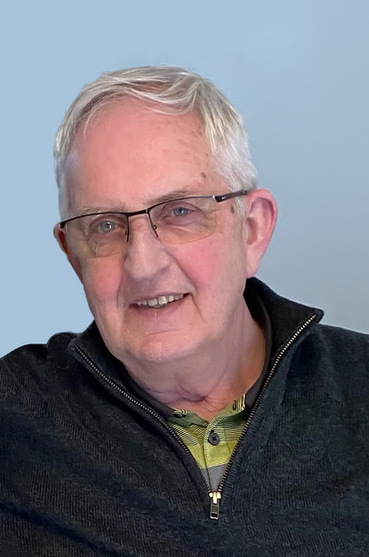 The public funeral service will take place on Friday, March 25, 2022, at 11:00 a.m. at Birchwood Funeral Chapel, Steinbach, MB., followed by the interment at Heritage Cemetery. To watch the recorded service please click HERE.

Wim is survived by his wife Tiny, and three sons. Jasper and his wife Aukje together with their four children. Rochelle and Matthew with their daughter Raelynn, Heather and Austin with their son Nolan, Esther with the twins Amaya and Maverick, and Kevin.

Nico and his wife Carin together with their two children Lars, and Nine and Jonathan with their daughter Micah.

Wilfrid and his wife Jennifer and their three children, Emily, Carson and Alanna.

Wim was born in The Netherlands in January 1947 as second son of Jasper and Engelina Christina Vos. Brother to Adriaan, and later he became an older brother to his sister Bastiana and his youngest brother Anton.

They grew up in a loving family in Alblasserdam in The Netherlands, close to the famous windmills of Kinderdijk. Wim, as a young boy, had his mind set on being a farmer. However he was not from a farmers background.

Long story short...after several different schools he didn’t like...Wim finally went to Agriculture school and graduated when he was 20 as the first non farmers son! In 1967 he met Tiny, and got married in 1969.

After 10 years of working as a manager on a farm, as if it was his own, the owner decided to sell the farm. Our world came crashing down. It was not easy to find the same job. In the meantime there were three boys who had to be fed. Wim took a job as a cattle dealer for a large company. He met lots of farmers and some of his colleagues became friends. In July 1991, we went to Alberta to visit Jasper who worked for a year as an exchange student. At the end of his visit, and talking to a knowledgeable and encouraging dairy farmer, we decided together with our children, to immigrate with the financial help of family and friends. After 10 years milking cows in Alberta it was time for the next challenge... Manitoba. The beginning was far from easy but with the words of Joshua 1:9, “For the Lord your God will be with you wherever you go.” There was always a certainty that God cared and was in control.

The last years were not easy for Wim and his family when it became harder for Wim to remember the past and present.

The public funeral service will take place on Friday, March 25, 2022, at 11:00 a.m. at Birchwood Funeral Chapel, Steinbach, MB., followed by the interment at Heritage Cemetery. To watch the recorded service please click HERE.