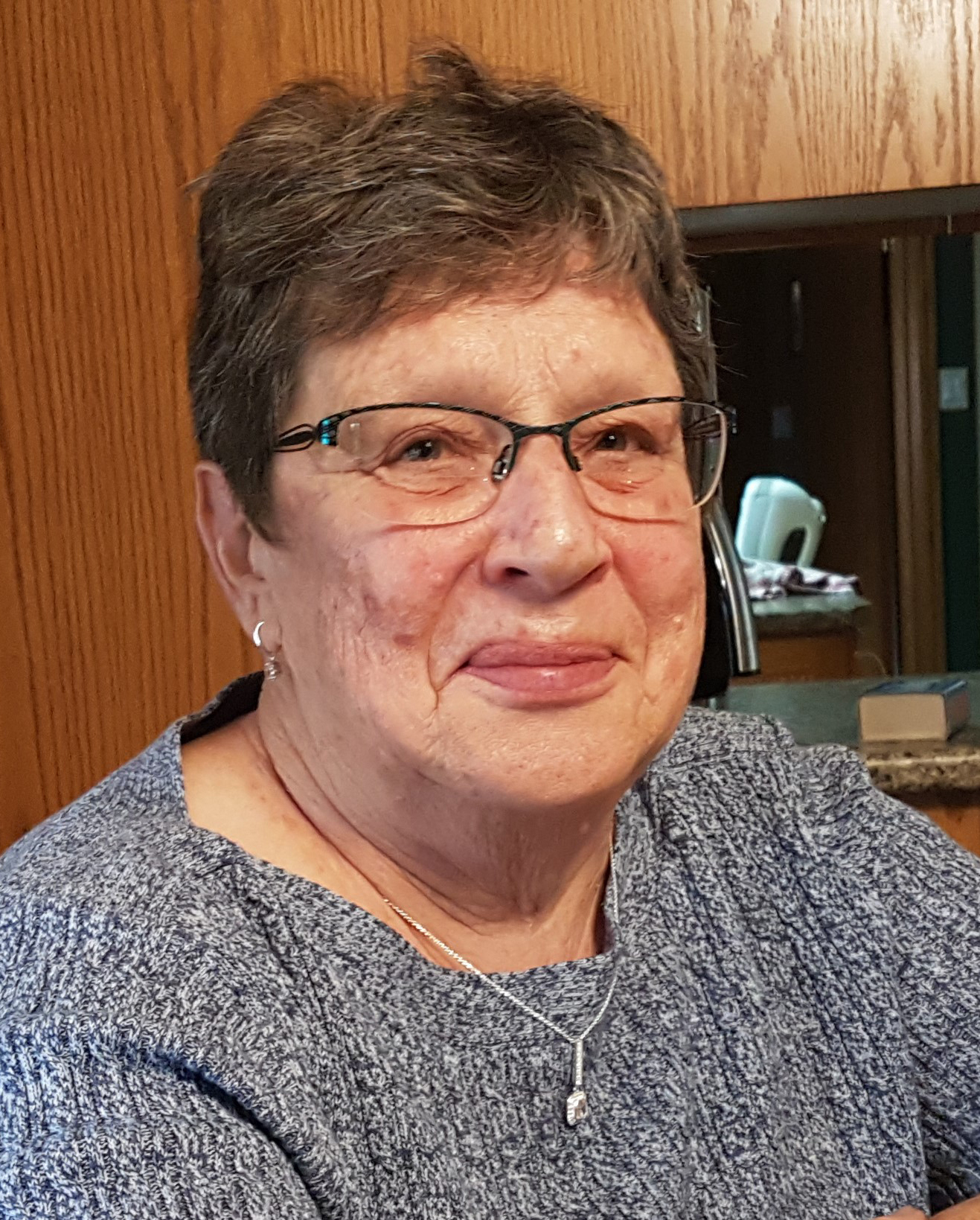 Peacefully on Saturday, March 26, 2022, at the age of 75, Eloise Merdean Auch passed away at the Bethesda Regional Health Centre, Steinbach, MB.

Eloise was born on October 22, 1946, in Steinbach, Manitoba to Eduard and Juliana Schmidtke (Ott).

In 1965, Mom started dating the love of her life Larry and they were married two years later on October 21, 1967 and enjoyed 49 years together. Mom worked at the Royal Bank until her and Dad took over the family farm in 1968.  They farmed the dairy farm for about 26 years, and then semi-retired to a new home where they were farming hay. Once retired, Mom and Dad enjoyed traveling within Canada and the United States in their Motorhome.

After Dad's passing, Mom moved to a condo in Steinbach where she resided until her passing. Mom enjoyed walking the neighborhood, and watching the Winnipeg Jets games with her friend, June.  She enjoyed word searches, puzzling and playing games on her tablet.  She kept busy by volunteering at the St. Paul's Lutheran church working in the library and quilting.  She spent many years working in the kitchen at Friedensfeld Community Centre preparing for various functions. Mom was active in the Red Hat Society participating in their many events.

Mom was very proud of all her children and grandchildren and it showed by the countless hours she spent with them.  She attended many grandkids school activities and sporting events.  She especially looked forward to family dinners and get togethers; and one of her favorite things was pranking the grandkids on April Fool's Day.

The public funeral service will be held on Friday, April 1, 2022, at 2:00 p.m. at the St. Paul's Evangelical Lutheran Church, Steinbach, MB., with a public viewing one hour prior to the service. The interment will take place at the church cemetery. To join the family via livestream please click the link below.

Donations may be made to CancerCare Manitoba or St. Paul's Lutheran Church.