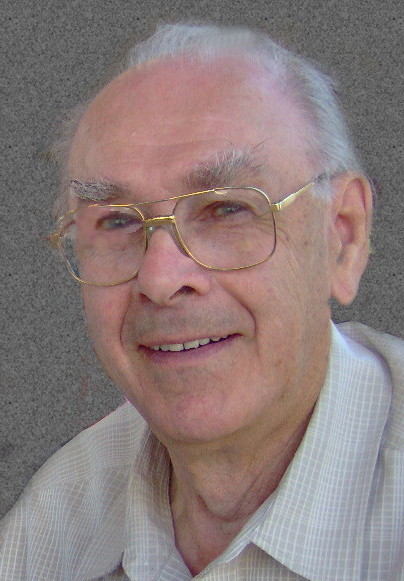 On Friday, November 1, 2019, Ernie P. Toews. 90, of Steinbach, MB., was called home to his heavenly father.  He passed away at the Heritage Personal Care Home, Niverville, MB.

He was predeceased by his parents Peter R. & Anna Toews, and 13 siblings.

Ernie was born on September 9, 1929 in Steinbach, Manitoba, to Peter R. and Anna Toews, the youngest of fifteen siblings. He spent his early childhood on the family farm, one mile east of Steinbach. In 1938, the family, now consisting of just Linda and nine-year-old Ernie, moved to Steinbach. Here Ernie excelled in school in spite of numerous absenses due to suffering from chronic asthma.

In 1943, at the age of 15, Ernie began working at C.T. Loewen's Lumber Yard and quickly rose in the ranks to a supervisory position.

At the age of 21 Ernie personalized the Christian faith of his childhood and began attending the Evangelical Mennonite Brethren Church (now Cornerstone Church) in Steinbach. It was here that he met Aldyth (nee Friesen) who he married in 1954. Ernie and Aldyth began their family in 1956 with the birth of their son Ryan, followed by Larry in 1960 and Marlyce three years later. With this expanding family, Ernie and Aldyth moved in 1960 from their "honeymoon home" on Third Street to 3 Spruce Crescent. In these early married years, he also found the time and means to aquire his pilot licence in 1957.

Ernie became self-employed in 1962 in the construction and building industry. During the economic downturn of the early 80's he moved into the trucking industry, primarly dealing with grain hauling. In 1989 he was employed by Penner International as an owner-operator which carried him through to retirment in 1993 at the age of 64.

His retirement provided him with the freedom to travel and especially to pursue his interest in geneology, Mennonite, and local history. It also provided for his continued involvement with the church, allowing him to serve in a number of leadership positions.

In 2016, Ernie and Aldyth sold their home of fifty-six years and moved to Bridgepark Manor. This move was very timely as Ernie's health began to deteriorate shortly after. In March of 2019, Ernie was moved to the Bethesda Care Home, followed by a more suitable move to the Niverville Heritage Centre in August 2019. It was here that he spent his last two months under the special care he received from all the staff until he quickly and peacefully left this earth to go home to his Maker in heaven.

Interment will take place on Wednesday, November 6, 2019 at 9:30 a.m. at Heritage Cemetery, Steinbach, MB., all are welcome.

Donations in memory of Ernie may be made to the Alzheimer Society of Manitoba, 10-120 Donald St, Winnipeg, MB R3C 4G2.