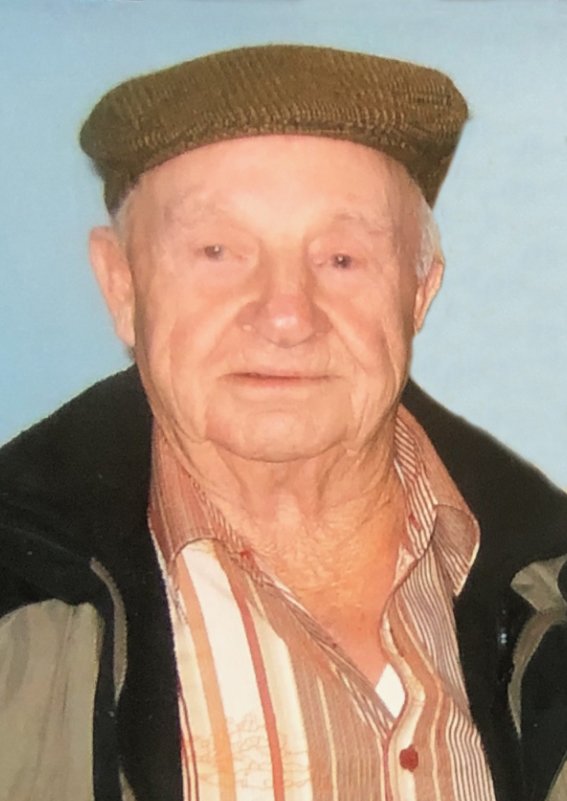 It is with deep sadness that we announce the passing of Paul Hudson Mourant in Ste. Anne, Manitoba on December 3, 2019 at the age of 87.

Paul was born speedily in the back of a Hudson car racing to the hospital on December 23, 1931. He attended school until grade 8 and then left to work on the family farm and haul logs in the south east. For a short time he farmed in Lake Francis and returned to settle in Dufresne and marry the love of his life Betsy in 1953. Over the next decade Paul and Betsy welcomed their three children into their home and Paul set about teaching them everything about farming, gardening, hunting, fishing and most of all patience. He continued on the farm with his brothers Archie and Charlie until his early retirement. Afterwards he worked part time with Joe’s TV, Richard Jobb Farms and Guy Hutlet Farms. His children remember him as a gentle, supportive, fun father who instilled a strong work ethic and encouraged the pursuit of their dreams.

After losing his arm at the age of 24, Paul became very good at persevering, some call it stubborn, and often innovative as he went along with his “shorty” arm. It amazed all how he could get things done. He was very practical and skilled and took pride in all that he did. He was a witty individual who loved to joke and was passionate about the fruits of his labour, his vegetables. The lake was magical for Paul where he relaxed fishing and in the gazebo with family and friends where laughter could be heard from trailers away. He also enjoyed hunting deer with his boys and spending time with his little girl. He had a lifelong love affair with coffee and raisin pie.

Paul was given the gift of life (several would say) and now he had to give it back. He was an ordinary hero who worked and played hard, loved his wife and kids and lived honestly with integrity. Paul’s wishes would be for you to do an act of kindness for someone in his memory. Paul’s spirit was released from his worn out body and is now enjoying heaven.

The memorial service will be held Monday, December 9, 2019, at 2:00 p.m., at Birchwood Funeral Chapel, Steinbach, MB., with a reception to follow. Ash interment will take place at a later date.

If friends so desire, donations may be made to the Fond Hôpital Ste Anne Hospital Fund Inc, 52 St.Gérard St., Ste.Anne, MB R5H 1C4  or online at  www.fondshopitalsteanne.ca.