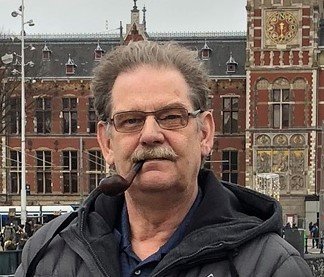 It is with heavy hearts that we announce the passing of Gary Douglas Henry Swain on Wednesday, May 20th, 2020 at the age of 68. He will be lovingly remembered by his loving wife of 41 years, Kathleen (Sinclair); his daughters Nicole, Melody (Peter Combiadakis); his grandchildren Michael, Penelope; and his brothers-in-law Angus Sinclair (Sigrid McLeod), Alvin Sinclair (Karen); as well as numerous nieces and nephews. He was predeceased by his mother Phyllis; his father Robert (Bob) Charles; and his brother Keith.

Gary was born on April 18th, 1952 and resided in Winnipeg most of his life.  It was easy to see that his kindness, patience, sense of humor, intelligence and compassion was received from his parents.  Their home was filled with love and laughter.

Gary loved his family dearly.  He met Kathleen on a blind date; even though it might not have gone as planned he was persistent, and a second date followed.  They married in October of 1978.  Two girls followed shortly after, both on November 7th; he liked to joke that he was a very lucky guy at least one day a year.

While his job with Homestead and Sydney Futures Exchange took him all over the world, his heart always remained at home with his family.  So much so, that when he was offered a longer position in Sydney, one of his conditions was that his family had to come.  He couldn’t be away from them for that amount of time.  It ended up being one of his favourite trips with the family and he cherished the weekend getaways they all would take.

He would gladly lend a hand or pass on his knowledge to anyone that asked.  He was a very calm and patient person, whether it be teaching his girls to drive, watching his grandson shoot hockey pucks at the brand-new garage door or watching a show for the millionth time in a row with his granddaughter.

His laugh and sense of humour were so contagious you couldn’t help but be drawn to him in a room to just be near him.  He was a fantastic storyteller and would keep the room enthralled and laughing with each tale of the adventures he had in his life and the people he met along the way.  A lot of those adventures where from his time as a member of the Fort Garry Horse, an Armoured Reconnaissance Unit in the Canadian Army Reserve.  At the end of each story, his children (and grandchildren) would always want just one more.

He had an amazing voice and could carry on any tune, even in different languages if needed.  While he was backpacking in Europe, the locals were amazed that he was able to sing along in the pubs and restaurants in Greece.  He would just laugh and say he’d never heard them before, but it was easy to keep up.  His family would love taking road trips with him just to hear him belt out the 40’s, 50’s and 60’s songs as they came across the radio.

He had an inquisitive nature; loved history and travel.  Most recently he and the love of his life finally took their honeymoon on a Rhine Christmas Cruise.  He enjoyed the planning part of the trip almost as much as the trip itself as it allowed him to read and share the history of each place they were going to visit.  While on board he would love to share stories when they all gathered for meals, and gained some new lifelong friends along the way.  Even though he was a self proclaimed ‘home body’ he loved being on the ship and the day trips.  He came back with many more history tidbits that he was so excited to share with everyone and anyone that would ask.

Very special thanks to the paramedics and staff of St. Boniface Hospital and Health Sciences Centre for their compassionate care. Cremation has taken place and a service will be planned at a later date. Flowers are gratefully declined, should friends so desire, donations in Gary’s name can be made to The Children’s Hospital Foundation of Manitoba.