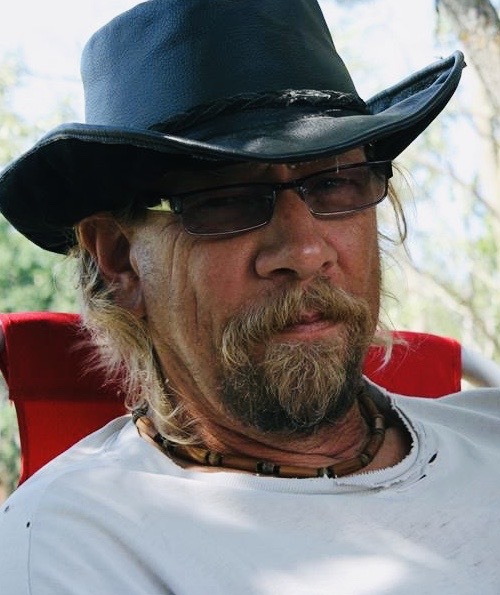 Gilbert John Unger, beloved husband, father, grandfather, son, brother, uncle and friend, was born on September 22, 1959 to Abe and Frances Unger; he was welcomed to their home in Marchand, by his two older brothers. In 1960, the family moved to Bristol, where two daughters were added to the family, and then in 1966 moved to Greenland, taking over the Toews family farm. In 1968 a son was born, completing the sibling group of six. Life on the farm involved chores in both the house and the barn, bike rides, visits to and from grandparents, field work, playdates with cousins, and baseball; and while there was never an excess of money, love was always in ample supply. Norm and Gil fought daily, but surprisingly, both survived their childhood. Rick, the second oldest brother, tasked himself with sneaking cigarettes to Gil, which they smoked on the sly in their sisters’ playhouse. And with Ray’s arrival to the family, Gil enjoyed the role of older brother, and proved himself a very able protector, both at home, and later on, in school. Gil, Deb and Brenda were on a weekly dishwashing rotation, an area where Gil proved his prowess in shirking responsibility – while dishes were apparently soaking, he would lock himself in the bathroom for hours on end, spending that time singing and performing adlibbed sermons instead. His mother predicted he would grow up to become a preacher, and while she missed the mark on his vocation, Gil did grow up to preach love wherever he went.

Gil’s first job was at Countryside Farms, where he worked alongside his two older brothers. Several years later, he began an almost lifelong association with gravel pits, after being hired by his uncle at Jake’s Gravel. Driving a loader was something he excelled at, and loved.

In 1979, Gil married the love of his life, Susan Langlois. Their early years had them living in Steinbach, then Winnipeg, and finally Landmark. During this time, their family expanded to include three daughters – Angela in 1979, Jodi in 1980 and Laura in 1984.

In 1987, Gil and Sue moved to Peterborough, where Gil was responsible for distributing boats for Misty River, a joint venture undertaken with his brother Rick. They lived there until 1989, when they moved back to Greenland, first into a mobile home, and then onto the family farm. Their fourth daughter, Robyn, was born in 1990, completing their “Fabulous Four” family. Jake’s Gravel had since been bought out by Barkman Gravel, and Gil resumed his role on the loader.

On December 31, 1998, Gil, Laura and Robyn, in a move of spontaneity Gil was well known for, spent their first night in their new home in Greenland; the family moved in a few days later, and this was where Gil and Sue still lived at the time of his death. This home saw the marriages of all four daughters - and the subsequent additions of four sons, the births of 13 grandchildren, many Sunday lunches, wiener roasts, drop-ins from friends, and countless grandkid sleepovers. It was also during this time that Gil switched gears in his work life, becoming a courier for Carlo Genetics, and working as a caregiver for his parents, in their family-managed homecare program, a role that meant so much to the family.

Gil loved the Folk Festival, BLT’s with extra mayo and crispy bacon, back roads, religious discussions, tequila, Leonard Cohen, fresh fruit, tobacco, dogs, golf, spur of the moment picnics, cannabis, inventing quotes, his ever-growing rock collection but above all else he loved his family and his loving savior Jesus Christ.

He laughed from the gut, and made everyone feel as though they were special. He looked at everyone the way he believed Jesus saw them with grace, compassion, and love. He believed in a greater hope for all mankind. He loved with the love of Jesus. He was an adored uncle, and a friend of the homeless. He was a righter of wrongs, a defender of the underdog, and a protective and much-loved brother. With Gil, there was always a Plan B. He was a doting son, who was equally loved by his parents. He was a loyal friend, who was generous with his time. He loved as hard as he worked, and his large circle of friends are a testament to that. The void his passing leaves is huge, and one that can never be filled.

Gil’s last years were plagued with health issues, having survived two heart attacks, and, in February of this year, esophageal cancer surgery. While we were aware that the rate of reoccurrence was high, we had all hoped for more time with him. He passed away on Saturday, August 15 at the Ste. Anne Hospital, with Sue at his side; they were one day short of their 41st anniversary.

He was predeceased by his father, Abe Unger and his father-in-law Joe Langlois.

“It is in love that we are made, in love we disappear.” Leonard Cohen