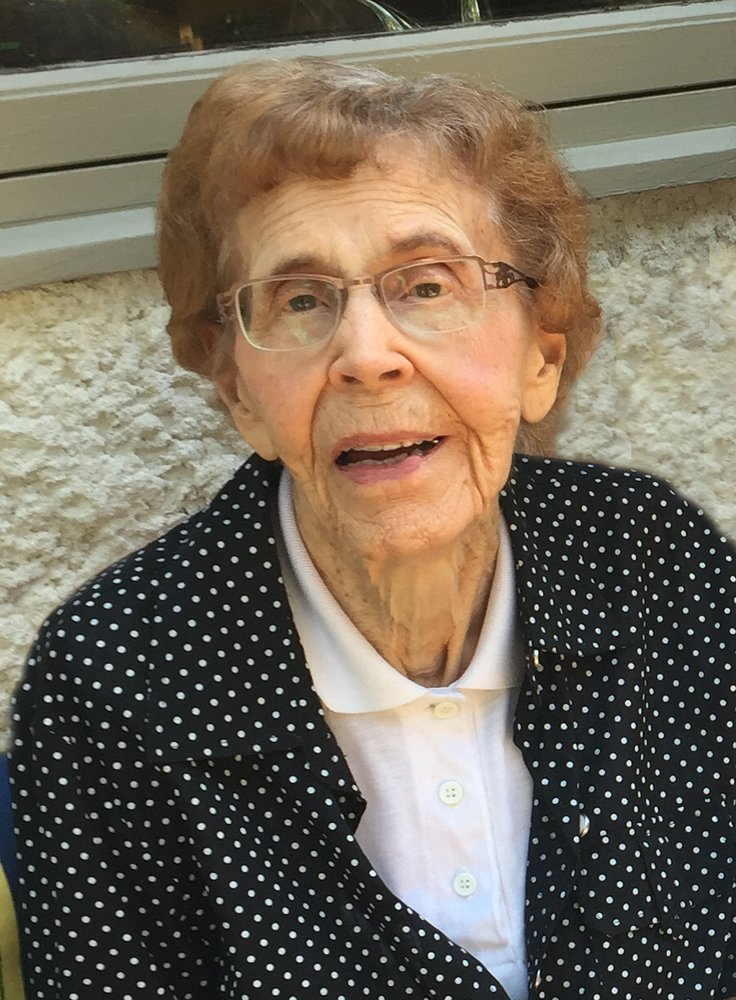 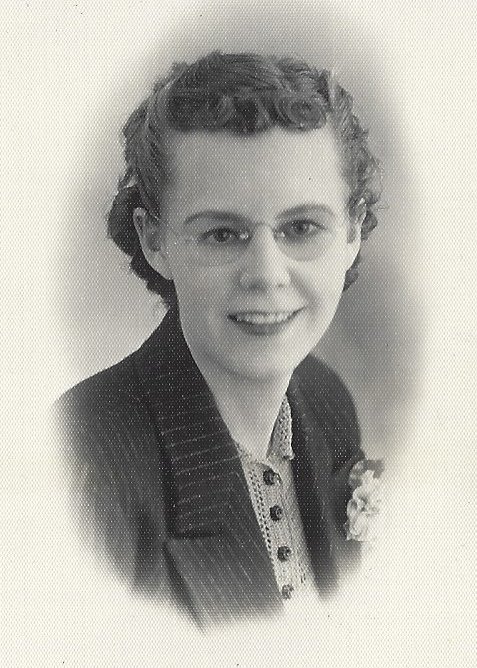 With deep sadness we, the family of Margaret Oddny Bjornson, announce her peaceful passing in the early morning of Monday, August 31, 2020 at Seven Oaks General Hospital, Winnipeg, MB.  She was in her 103rd year, the last surviving member of her generation of our family.

Margaret was born June 19, 1918, in Oakview, MB, a farming community, the eldest child of Oli and Gudrun Eiriksson.   Her early education took place in a one-room country school; later years included high school by correspondence and in Lundar, MB where she met her future husband and our father, Gudmundur Eirikur (Eric) Bjornson.  Following that she attended secretarial school in Winnipeg.  Margaret and Eric were married in Winnipeg in 1942, shortly before the time that our Dad served overseas in World War II.   She lived in Ottawa from 1944 to 1946, worked for the federal civil service, then moved back to Winnipeg.  In 1948 she and Eric moved into their new house in St. James where she lived until two months before her passing.   In 1967 she resumed her education, obtained her teaching certificate, and taught kindergarten in Winnipeg School Division #1 until her retirement in 1983.

A country girl at heart, Margaret enjoyed gardening, sewing, baking and cooking (Icelandic vinarterta was her specialty!)  Through her example she passed along these skills and interests to her family.   She was proud of her Icelandic heritage and visited Iceland several times during her early retirement years.  She was interested in current events and political issues and liked to write letters to the editor concerning matters that she felt strongly about.  She maintained ties with distant friends by writing letters and sending family photos.  Mum was proud of our accomplishments and provided us all with encouragement and advice (the latter was not always appreciated, but we knew that it was always well intended!)   After our Dad’s passing, she lived independently in her home; only in recent years she relied upon the care and assistance of the Manitoba Home Care service.  For that dedicated help we are very thankful and extend our gratitude and appreciation to all the staff who cared for her, with special thanks to Susan, Rhoda and Angela.  We also extend our thanks to the staff of Seven Oaks General Hospital who were recently involved in her care.

Our Mum is survived by her loving family:  son Grant (Catherine) and his children: Nathan Bjornson; Drea Haire (Ryan) and their daughter Logan; daughter Carol MacKenzie (Ken) and  their children:  Erica Kasdorf (Jon) and their son Levi; Lyle MacKenzie (Kaslynn); and Brian MacKenzie (Liana).  She was a most devoted mother and grandmother, and in the past year welcomed her two great-grandchildren into the family.  She is also survived by many nieces and nephews and their families.

Margaret was predeceased by her parents, her infant son Eric Lyle in 1952, her beloved husband Eric in 1987, her sister Ella Sandercock (Bert), her brother Ernest Eiriksson (Evelyn), and all of Eric’s siblings and their spouses: Bjorn and Valdi Bjornsson, Magnus Bjornsson (Kay), Sigrun Cruise (Bill), Gudny Eiriksson (Geiri), and Lara Arnason (Steve).

Margaret’s last few months were very difficult for her and for us, not only because of her failing health but also because the COVID-19 pandemic greatly limited our ability to visit and interact with her.

A private family service will be held, followed by interment at Brookside Cemetery.  A celebration of life will be planned for next summer.

While Margaret loved flowers, especially roses, we ask that those who wish to honour her memory do so by donating to Siloam Mission, Salvation Army, or a charity of their choice.

“I give you this one thought to keep -

I am with you still – I do not sleep.

I am a thousand winds that blow,

I am the diamond glints on snow,

I am the sunlight on ripened grain,

I am the gentle autumn rain.

When you awaken in the morning’s hush,

I am the swift, uplifting rush

Of quiet birds in circled flight.

I am the soft stars that shine at night.

Do not think of me as gone-

I am with you still – in each new dawn.”

Share Your Memory of
Margaret
Upload Your Memory View All Memories
Be the first to upload a memory!