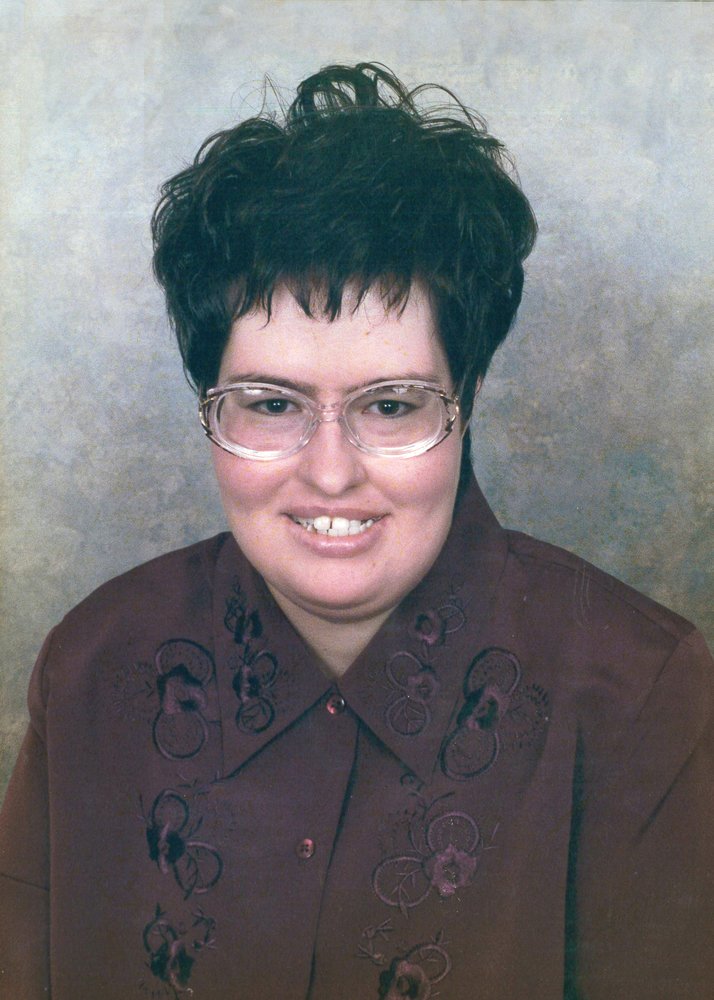 On Saturday, September 12, 2020, at 2:45 pm, at the Bethesda Regional Health Center in Steinbach, we are saddened by the passing of our daughter, sister and aunt, Shelley Theresa Lenchyshyn at age 51.

She was born on August 29, 1969 to Lawrence and Sonya Lenchyshyn. She grew up on the family farm in Niverville. She started school at Woodlawn Special Ed and then in her teenage years attended the Special Ed program at SRSS in Steinbach where she graduated. She worked at Kindale Industries. She rode the bus to Kindale and always spoke of her kind bus driver who always made her feel safe. In 2003 she moved from her home in Niverville to Steinbach.  Envision Community Living was a great support to our family who helped Shelley on many levels. They took really good care of her in all aspects of her life, up until the day she passed away. We don't know what we would have done  without them. Shelley retired from Kindale in 2012 and remained in Envision’s care. She attended Edith's Place for a short while during retirement.

Shelley especially loved all the support workers at Envision that she has come into contact with during her life and the special people that lived there with her. She loved going shopping for clothes and jewelry. And she absolutely could not wait to go to the hair salon to get her hair done. Every week she had her nails done, it was a surprise when we visited her to see what color she had on next. She couldn't wait for her birthday to come every year so that she could have a party and listen to everybody sing Happy Birthday. I'm sure you all remember who Michael Jackson was. Shelley loved listening to him and shared a birthday with him as well. Last summer she went on a very special outing. She got to stay at a hotel, went to the zoo, went shopping and attended a dinner theatre. Support staff said that Shelley liked to watch programs on TV that had animals in it, but she really disliked snakes and alligators. During the week she was often seen sitting in the office at her home keeping company to the support staff while they did their paper work. Going for coffee to Tim Hortons was something she looked forward to every day.

Shelley was very fond of her aunts and uncles who always gave her a good laugh and she always looked forward to seeing her family on special occasions (especially on her birthday).

We would like to extend a heartfelt thank you to all the support staff on Elmdale. Thanks for caring so well for Shelley.

Due to Covid, a private family service will be held at a later date.

In lieu of flowers, donations in memory of Shelley may be made to Envision Community Living, 80 Brandt St., Steinbach, MB R5G, 0E1