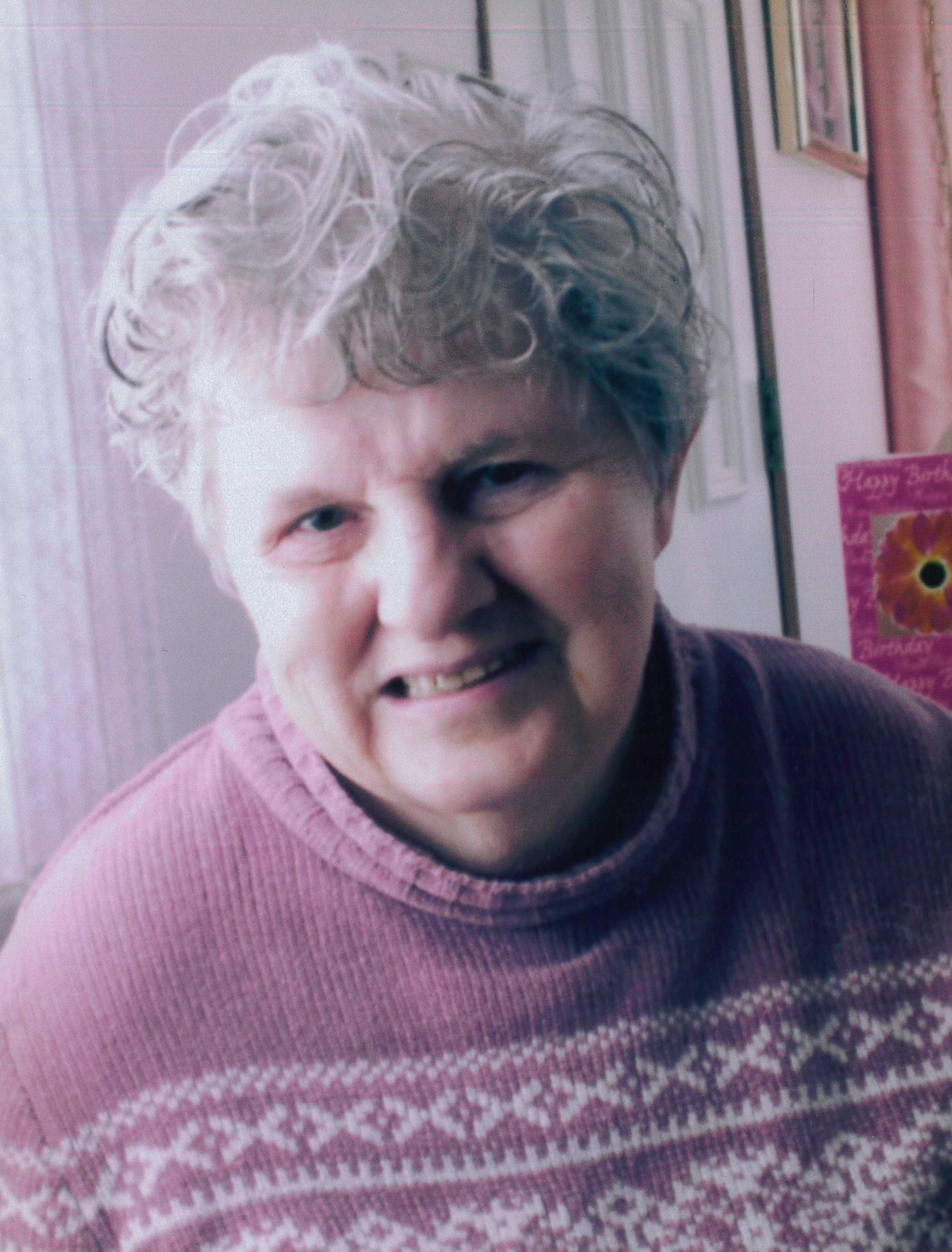 Mary Reimer, age 70, passed away on Friday, September 18, 2020 following a heart attack. She will be greatly missed by her sister Sara Penner; brothers: Menno Reimer (Lottie), Ben Reimer (Leona), and Rueben Reimer (Marlene); and sister-in-law Laura, as well as many nieces and nephews.

Mary was born on December 3, 1949, to David and Margaret Reimer. Mary was born with many disabilities but enjoyed living on the farm with her family and had many interests. She loved playing with the chickens as a child, and she would tease the family dog without end. She enjoyed helping with the laundry and loved shelling peas, feeding each pea pod to the pigs one by one.

In 1970, Mary moved into the Manitoba Developmental Centre in Portage La Prairie where she lived for 16 years. Sadly, the experience was not a good one for Mary and the family was very thankful when a home opened through enVision in Steinbach where she moved in 1986. Mary struggled to adjust but eventually settled in with her sister, Trudy, also mentally disabled, in the same home, being cared for together. In 1989, Mary moved to a home on Harvest and then from there she moved to a home on Stonebridge Crossing in 1995 and lived there until her passing. On one of her birthdays, one of the staff members, Joanne, gave Mary her beloved dog, Peaches, who she loved with all her heart. Where Mary was, Peaches was. If she didn’t want to get up in the morning, Peaches would be there to encourage her.

In 2005, Mary suffered a brain tumor and had to have surgery. This set her back considerably. Then in 2008, Mary Shattered her elbow and again had to have major surgery. In 2015, Mary’s stomach ruptured, and surgery was once again necessary. Up until that time, Mary enjoyed it when her sister, Sara, would take her for car rides but after these surgeries, this was not possible. Now wheelchair bound, Mary instead enjoyed taking many walks over the last number of years. As soon as Mary was up in the morning, the first thing she wanted to do was go outside, so several times each week Sara took Mary in her wheelchair for walks around the city.

Even though Mary could not talk, she spoke loudly and clearly through her facial expressions and her giggles. When others would need to scold her dog, Mary would just giggle.

We would like to extend a heartfelt thank you to the enVision staff and their loving care of our dear Mary. We are also thankful for the excellent care Mary received from Dr. Krahn as well as from the staff at Bethesda Regional Health Centre, Boundary Trails and Grace Hospital over the years.

A funeral service will be held on Friday, September 25 at 2:00 p.m. at Birchwood Funeral Chapel followed by a reception. All are welcome. Burial will take place at the Prairie Rose Cemetery in Landmark, following the reception.