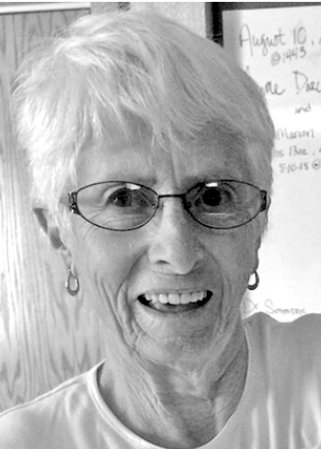 It is with great sadness that we announce the sudden passing of Audrey Glenda (Kvien) Flaten Thompson on Monday, Sept. 21, 2020 at St Boniface Hospital in Winnipeg, MB, at the age of 83.

Audrey was born and raised in Pinecreek, MN to Olaf and Myrtle Kvien on Oct. 5, 1936. She attended school in Pinecreek, Ross and later graduated from Roseau High School in 1954. She married Albert Flaten in 1955 and together they operated their family farm while raising their five children. Once their children were older, Audrey went on to work at Polaris where she worked for about 10 years. After the death of her first husband, Audrey met Donald Thompson and they were married on Dec. 21, 1974. Shortly after, they moved to Piney, MB where they owned and operated the Boundary Inn Restaurant and later Thompson’s General Store until retirement.

Audrey was happiest spending time with her family and friends. She was well known for her delicious baking and cooking. Nothing brought her more pleasure than having family and friends over for a meal or cup of coffee, lefse, homemade bread and cinnamon buns. You always left her house with a full belly and with a care package of goodies. Grandma Audrey’s “round eggs” on homemade toast will remain a favourite memory for her grandchildren. Audrey had a strong work ethic which she passed on to her children, grandchildren and great-grandchildren. Audrey and Don volunteered many hours at the Piney Community Centre for fundraising events, curling bonspiels and poker derbies. They were also proud members of the Roseau Eagles Club.

Audrey loved the outdoors and spent much of her time cutting wood, gardening, and canning for her family and friends. She enjoyed cross stitch, crocheting and mending. Summers at their cabin at Buffalo Point provided many wonderful memories of fishing, campfires and family fish fries. Audrey always had a smile for everyone.

Rest in peace, Mom. We love and will miss you.

Cremation has taken place. Out of respect and care for everyone’s health during the COVID-19 pandemic.

A memorial service will be held at a future date at Pinecreek, MN.