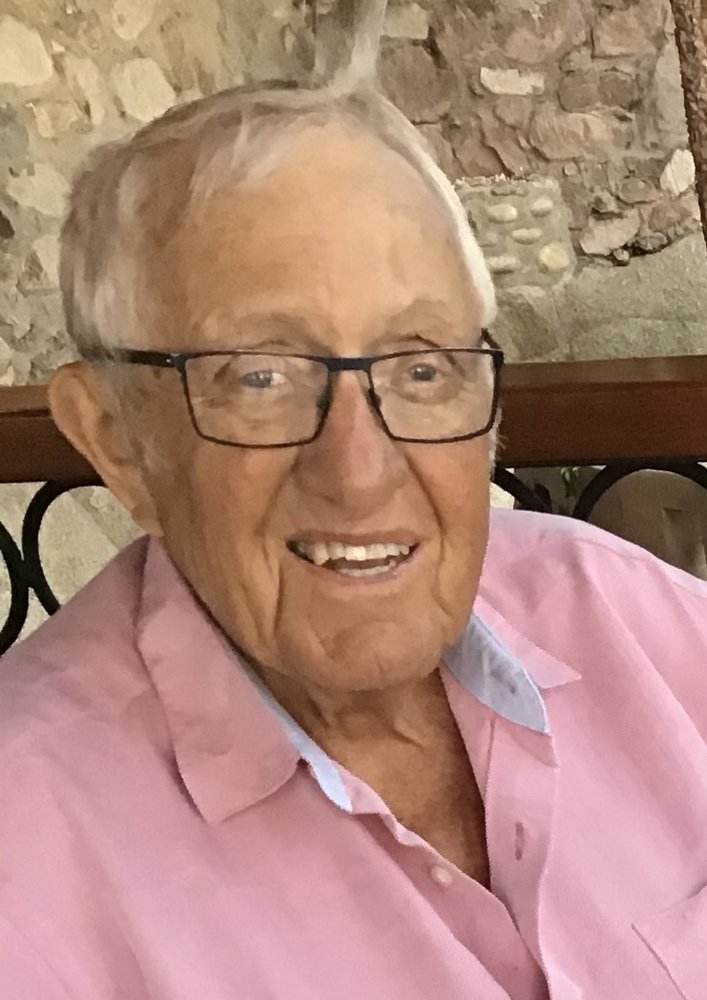 It is with heavy hearts that we announce the passing of Bruce Barkman, age 82 of Kleefeld, Manitoba on October 10, 2020 at St. Boniface Hospital, Winnipeg, MB.

He is survived by his wife, Wilma Barkman, his daughter Jocie Barkman and her son Troy, his daughter Cindy and Gerald Penner and their children, Samuel, Spencer and Sophia, his son Russell Barkman and Ronae and children Tasiya, Lofton, Raejha and Jayelle, his son Keith Barkman and Shelly and their son Nixon and Caelan and Sydney Chornoboy.

He was predeceased by his parents, Klas and Julia Barkman, his sister Ethel Barkman, and his niece Janice.

Dad was born June 22, 1938 in Steinbach, Manitoba and grew up in the Hoschstadt area, close to Kleefeld attending school there in Grunthal and Kleefeld.  While attending grade 11 in Kleefeld, he could hear his dad’s gravel trucks driving by and that’s where he wanted to be.  So on his 10th day of school he wrote on the chalk board, “Bruce Barkman is not coming back to school” and proceeded to go to work for his dad at Barkman’s Cartage.

Dad met Mom for the first time in Blumenhof, when she was only 15, and she wasn’t very interested as she said he was way older than her.  A year or two later, he pursued her again, and less than a month after her 18th birthday they were married and moved to a house in a gravel pit in Rosengard, that we now call Bull Frog Acres.

After Jocie was born, they couldn’t stay in that house any longer as living conditions were not ideal, and moved to Kleefeld.   Two additions to the home and lots of renovations, it is still the same family home.

Dad worked next door at Barkman’s Cartage with his father for many, many years growing the business and finally became the sole owner.  Our grandpa still worked with him and did the bookkeeping for many years until our grandpa’s retirement.

Dad ran that business successfully, but it took a toll on all of us as kids, as he was up and out before we were awake, and home after we were asleep.  But we all have great memories of camping at St. Malo and trips to BC, Florida, and California.

Attending Full Gospel Chapel, Dad was a deacon and a board member of our bible camp, Sand Hill Lake Bible Camp in Fosston, Minnesota.  Dad was an avid advocate for that camp, and helped to raise money for the camp, and was a huge volunteer and leader for the annual Sand Hill Lake Bible Camp cyclathon for many, many years.  He really loved that and was very dedicated to the camp.

After Dad and mom started attending Kleefeld EMC, he became invested in Roseau River Bible Camp and attended family camps there with the church.  He donated many loads of gravel and so much more  to the camp.

Dad loved travelling.  He and Mom took many trips to BC, to Jasper, to the East Coast, an Alaskan cruise and many many trips to Mexico and even one to Costa Rica.  He loved his time at the cottage at Falcon Lake and boating and taking the grandkids tubing. One of the neighbours at Falcon Lake said Birdie Bay will never be the same.

Our dad was very generous, and believed strongly in tithing and helping others.  He lived by the scriptures “taking care of the fatherless and the widows”.

Our dad was a business man, he believed in working hard, and took great pride in that.  As kids, we were all a part of that as well, helping with the office work, answering phones, sweeping out the shop and washing trucks.  As soon as Russell turned 18, he had his class 1 and was driving for Dad.  Soon after that Keith joined.   Now Russ’s son Lofton drives as well.   Dad was so proud, when Lofton got his license and was on the truck, a 4th generation Barkman!

Dad’s passion was rehabbing an old gravel pit he owned. It started with some ponds, and then some bridges and walking paths, and a picnic shelter, fountains, totem poles, beautiful flower gardens, fire pits, and so much more!  Dad and Mom spent many evenings there working, mowing, watering, planting, and again more mowing, and hosting parties, family gatherings and weddings.  It was his and mom’s pride and joy.  What was once an old gravel pit owned by his father, is now called Rosengard Haven and Bullfrog Acres.

Most importantly, Dad loved his grandchildren and was so proud of them.  He’d often be seen wearing a Paradise Landscape hat or a Seattle Thunderbirds sweatshirt.  He attended lots of their hockey games,    baseball games, soccer games and football games and moto cross.   He was mentor to many of them.  When someone needed advice or help, they usually went first to grandpa.

He will be dearly missed by Mom, his children and their spouses, grandchildren, sister, numerous brothers-in-law and sisters-in-law, and many nieces and nephews whom he all adored.

It is the family’s requests that as many people as possible attend the viewings to pay their last respects to Bruce.

A private family funeral service (by invitation only) will be held Friday, October 16, 2020 at 2:00 p.m., at the Kleefeld EMC, Kleefeld, MB., with interment at the church cemetery.

Livestream will be available at the time of the service on the church’s website,  https://www.kemc.net/ please click livestream & videos button at the bottom of the church homepage.

Donations in memory of Bruce may be made to Roseau River Bible Camp, Box 110, Roseau River, MB R0A 1P0.