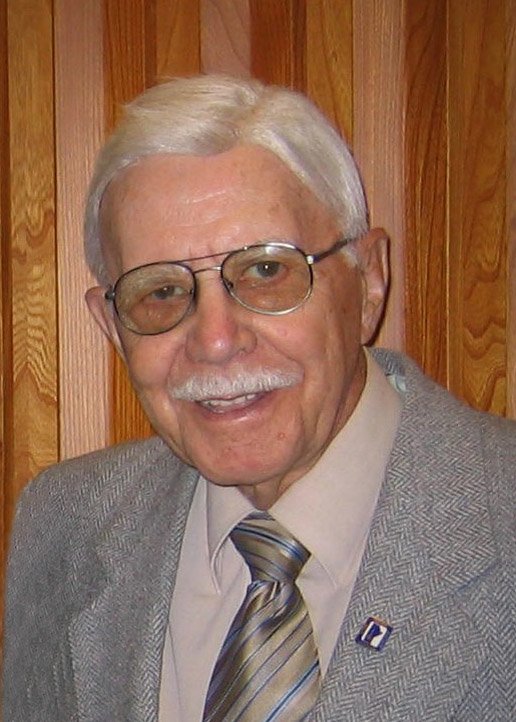 Obituary of Peter I. Friesen

It is with heavy hearts that we share the passing of Peter Isaac Friesen, loving husband, father, and Opa. Peter died peacefully in Winnipeg at Tuxedo Villa Extendicare on Tuesday, October 13, shortly before his 95th birthday.

Peter’s life is a story of faith, dedication, and vision.

Peter was born in Arnaud, Manitoba in 1925, the son of Isaac Peter and Maria Mierau Friesen. The support and encouragement of his mother were instrumental in allowing Peter to finish high school at Mennonite Collegiate Institute (MCI) in Gretna, despite a lack of financial resources. Peter would be the only one of his brothers and sisters to complete high school.

At the age of 19, Peter spent a year teaching at Birchlawn School near Menisino, much to the delight of his mother, who herself wanted to be a teacher but had had to abandon her own education to support the family on the farm. After graduating, Peter set his sights higher and endeavoured to leave the farm for the city of Winnipeg to seek an education degree. At the same time, Peter chose to be baptized upon confession of his faith in 1946.

Just as Peter’s path in life seemed to be becoming clear in 1946, Peter’s mother, who was his chief moral support, passed away at the age of 51. Yet his mother’s faith in him, his faith in God, and his vision for a future where he could have a meaningful impact on others, propelled him forward. Peter continued his studies, graduating from MCI in 1947, then enrolled in the education program at the University of Manitoba.

However, while attending university, Peter began struggling with his eyesight. He was informed by an eye specialist that he would “never study or teach again” – a diagnosis that Peter described as hitting him like a bombshell. His quick response was, “It’s a God-given mandate. I have a strong conviction that I will teach again.”

Undeterred, Peter decided to cultivate public speaking and interpersonal skills in the meantime by becoming a Fuller Brush salesman. This role found Peter selling household items such as brushes, floor wax, hand lotion, deodorants, brooms, and sponge mops to farmers in western Manitoba. He would have done well in that business, but after a few years, foot and mouth disease hit his sales area, and his clients were unable to pay their invoices. Peter absorbed the losses himself, selling his car to cover the shortfall – although even that failed to pay off all his debts and his opportunity to fulfil his dream was once again threatened. But nevertheless, he felt strongly that he would also overcome this setback.

God answered Peter’s prayer for a way forward the next day, when the Manitoba Official Trustee offered him a teaching position at Kelly, a small school east of Woodridge. Peter ended up spending three very happy and successful years there, living in a small house on the school grounds, and walking, cycling, and hitching rides wherever he had to go. However, Peter’s eyesight faltered again. This obstacle caused him to put teaching on hold again, move to Winnipeg, and accept a delivery service job before being recruited into the sales staff at Crescent Creamery.

It was in Winnipeg that Peter met the woman who would become the love of his life, Tina Schellenberg. She encouraged him to become active in the Youth Committee at Sargent Avenue Mennonite Church, the congregation Peter would be an active part of for the rest of his life. Peter and Tina spent more time with each other as they worked together in the Youth Committee. Looking back, Peter recalled his mood at this time, writing, “why do I have this obsession with Tina Schellenberg?”

Encouraged by the memory of his mother, Peter knew that if he wanted to make a life with Tina, he would need to finish his education. He considered returning to university for his education degree, which would allow him to provide for Tina. With caution and prayer he asked for further guidance from God. He and Tina decided that he would return to the eye doctor for an assessment. If God would give Peter a clean bill of health at the eye doctor’s, Peter would go back to school.

In 1957, after nine years of waiting to complete his education, Peter returned to the same eye doctor who told him he would never study again. For the rest of his life, Peter delighted in re-telling the words of the smiling doctor on that day: “Peter, you stubborn Mennonite, your God has done something I couldn’t do! He has healed your eyes completely. I hope you’ve sent your application in.”

That same evening, Peter phoned Tina and asked to see her. After they thanked God for the miracle of Peter’s healed eyesight, Peter asked Tina to marry him, to which she agreed. They were married at Sargent Avenue Mennonite Church on June 28, 1958, just after Peter’s graduation from university.

Soon after they were married, Peter and Tina welcomed their daughter Elfrieda in 1959, and their son Ken in 1961. The family moved to Cedarcrest Drive in North Kildonan, Winnipeg in 1962.

While teaching and raising his family with Tina, Peter continued his education through summer school and night classes, earning his Permanent Professional Certificate in education in 1968, Permanent First-Class Teacher’s Certificate in 1963, and Bachelor of Arts and Bachelor of Education degrees in 1970. In 1968, Peter was promoted to lead the Special Education department at Aberdeen School, a team of seven teachers.

While Peter was dedicated to his students and his family, he was also a trailblazer. Ever the visionary, Peter was a strong advocate for women to be allowed to take up positions of leadership in the Church, long before this was considered acceptable. He also pushed his German-speaking church to integrate English into services so that they could be relevant for their youth. Peter’s interests were wide-ranging, and he was ahead of his time in other areas, as well. He was an early adopter of home computers and introduced his grandchildren to the Internet before it was even available in their schools. He told them that one day, we would get all our news through the web instead of newspapers.

In 1971, Peter and Tina started building a house on a plot of farmland near Île-des-Chênes and moved to the farm in 1976. The farm provided a welcome reprieve from the pressures of the classroom and plenty of new projects for Peter. Even when he retired, Peter never sat still. He always had a project of some kind on the go. From tending the prolific garden on their farm, to acquiring his chaplaincy certification, to writing and desktop-publishing family and church histories on his computer, Peter was always busy with one of his many passions.

He loved to spend time with his grandchildren – giving tractor rides, exploring the garden, climbing trees, playing games, and telling stories. He encouraged his grandchildren to pursue their dreams and never give up on what they wanted. Each of his grandchildren have earned or are completing two or more post-secondary or professional degrees, just as he had encouraged them to do. One of the grandchildren even became a teacher like him.

Even in retirement, however, challenges continued to arise for Peter. In 1996, he underwent a semi-routine surgery, but suddenly developed life-threatening complications. Thankfully, a nurse discovered Peter in distress at exactly the right time. He was rushed to intensive care and his life saved. For Peter, his recovery was yet one more reason to praise and be thankful for God.

In 1997, Peter and Tina’s house was threatened by rising flood waters. Dozens of volunteers came out to help sandbag Peter and Tina’s home, and after the flood forecasts were revised to predict a higher crest, Ken and Brian went out in a boat full of sandbags to build up the dyke further. Just before the water crested, high winds caused the water to breach many of Peter and Tina’s neighbours’ homes – but the shelterbelt of trees that Peter and Tina planted around the home in the 1970s blocked the wind, and their home remained dry. It was a stressful and harrowing time for Peter and Tina, but also a time of incredible gratitude and thankfulness for all the help received, and as always, another reason to praise God. Of the ordeal, Peter would later write that they were, “flood battered but victorious.”

In 2003, Peter and Tina moved to Lindenwood Estates in Winnipeg to be closer to their family in the city and retire to a smaller home closer to their friends. As Tina’s health faltered, Peter and Tina moved next door to Lindenwood Manor, where there was more care available. Tina passed away in 2013, and her death was very difficult for Peter. After she passed, Peter moved to Riverwood Square, and finally, Tuxedo Villa Extendicare, where he lived his final few years.

Peter lived his life with faith, dedication, and vision, and strove to impart these values to his students and family. In retirement, Peter reflected on his life, writing, “Thank you Tina for believing in me, when I could only share a dream, but nothing of substance! Also, yours, like Mom and Dad’s support are proof that trusting God completely and loving Him with heart and soul, plus loving oneself, pays big dividends! One must add, our contribution is only worthwhile when it is received from God’s hand and is passed on as a gift in the name of Christ!”

Peter is survived by his daughter Elfrieda (Brian) Bergen and their children Scott, Marc, and Jason; son Ken (Bonita) and their children Katelyn and Halie; sisters-in-law Betty Friesen and Helen Friesen, and many nieces, nephews, and friends.

The family would like to extend our deepest gratitude to the excellent staff at Lindenwood Manor, Riverwood Square, and Tuxedo Villa Extendicare for giving Peter a warm and caring home, and compassionate and attentive care, during the final years of his life.

In lieu of flowers, donations may be made to Mennonite Central Committee at mcccanada.ca; 134 Plaza Drive, Winnipeg MB R3T 5K9.

A private celebration of life service for immediate family will be held on Monday, October 19 at 3:00 pm, with slideshow memories of Peter’s life beginning fifteen minutes prior. Peter’s family invites all those who wish to remember Peter to share your memories, and attend a live stream of the service, at the following link https://www.oneroomstreaming.com/view/authorise.php?k=160280492081375