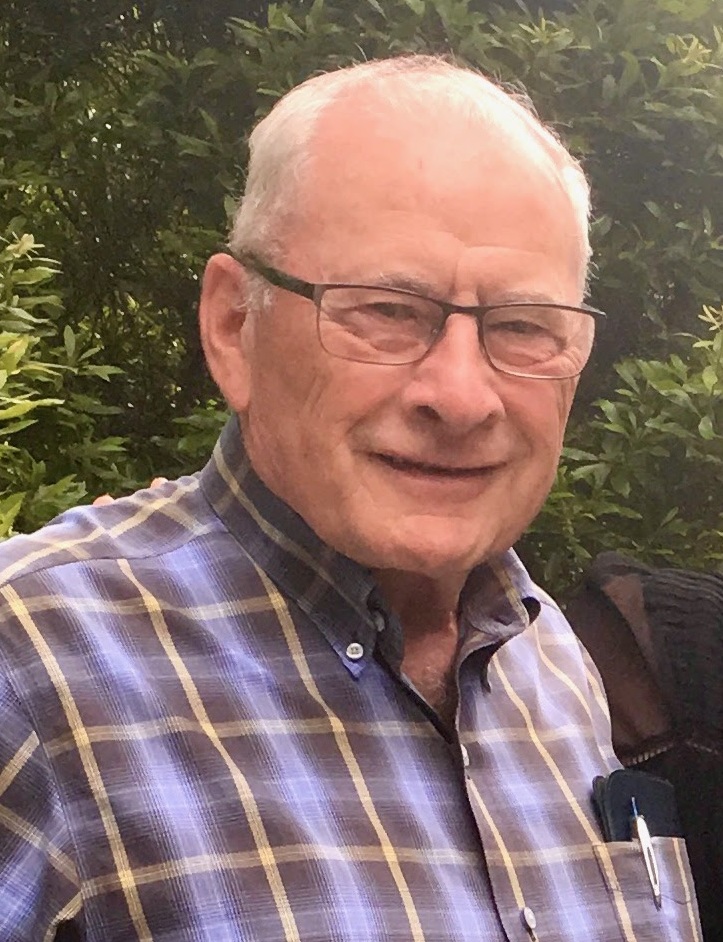 It is with great sorrow that we announce the sudden and peaceful passing of Victor Friesen on Monday, November 16, 2020, at the age of 81.

Dad was predeceased by his son Kevin (1967); his parents, Erwin and Elizabeth Friesen; his son-in-law Dale Archer (Chyenne) and his siblings, Henry, Gladwin, Brian and sister-in-law, Marlene (Melvin).

Vic was born in 1939, the second eldest child of many, on a farm in Blumenhof, Manitoba. Growing up on a farm taught him and his siblings what a strong work ethic looked like. As a teenager, to help make money for the family, he spent winters logging in the bush, which he thoroughly enjoyed, and summers doing road construction. Vic’s love of sports began in childhood and carried on till his last days in the hospital, asking his grandkids who was winning the Masters. There was a sparkle in his eyes when he would share about the years he spent playing on the Steinbach Landmark Dutchmen football team and his hockey teams.

Vic and Valida fell in love and married in September 1962. Recently, Vic said that the years living in Winnipeg, getting his commerce degree at the University of Manitoba were some of the best years of his life. During these years, the family grew to three daughters, and many rich friendships were formed.

Vic found great joy in his three daughters. Watching them at their sports games or piano recitals made him proud. Vic and Valida found it important to give their children many opportunities. His daughters are grateful for all the family vacations, swimming and piano lessons, sports opportunities, and the chance to go to summer camp, to name a few. Both Vic and Valida learned how to swim and ski along with their children, teaching them the value of togetherness and to never stop learning. His pilot's license came in handy when his children were young as he would often take them for rides in a Cessna at Harv's Airport. Victor loved all of his grandchildren and, as with his own children, found great delight in going to their sports, dance or music events. He cherished time spent with them on trips to Calgary and Houston.

He was grateful to have a career that he loved at Penn-Co, running, and growing the business's commercial construction side. He also relished many of the relationships he built over his career, staying in touch with many colleagues right up to the day he passed away. In his last week, he and Valida drove to many construction projects in Steinbach, thinking back fondly to memories from each one.

Vic loved volunteering his time and talents to causes that mattered to him. He spent years as a deacon at Ridgewood Church, loving and caring for those in his and Valida's group. Valida and Vic greatly valued their years starting Stony Brook Fellowship in the mid-nineties. He spent more recent years volunteering with enVision and Haven Group in Steinbach. This brought him great joy because he knew firsthand how these causes had positively impacted his own family members.

Listening to people share what they appreciated most about Vic, it is clear that he consistently showed an interest in people and their lives. He cared for friends in need and was a faithful visitor to his brothers Brian and Gladwin and his father right up until his last days at Rest Haven.

He loved playing games with his friends and family. He also loved golf and curling. So many rounds of golf have been played by Vic with his friends and grandchildren across North America. Vic also became a fan of curling in retirement and would plan his trips around his schedule so he would not miss a game.

Vic's passing comes as a shock to those who knew him well as he was active right up until the last week of his life. Once Vic made a decision, his love of efficiency ensured it happened quickly, and that's how it went with his passing. Vic's last hours truly represented what mattered most to him. He spent many hours texting friends from his business days, golfing and curling partners, and family. His relationship with God was by far the most important to him. He loved the word of God and took time to memorize many passages, sometimes whole books, and could recite them years after the fact. He was a loyal and trusted husband, father, grandfather, brother, uncle, cousin, and friend of many. His wisdom, sense of humour, love of adventure and steadfastness will be greatly missed by all he knew and loved.

We are grateful for the care he received in the ER and on the Covid Unit at Bethesda Hospital in his final days. We also are appreciative of the care of his doctor and friend, Wilf Kaethler. We especially want to thank Steinbach EMC for welcoming Vic and Valida and making them family two years ago and particularly, Dave and Agnes Kroeker for isolating with Valida while dad was in the hospital. This kindness will forever be remembered.

We will miss you and look forward to seeing you in heaven.

In lieu of flowers, donations may be made to: