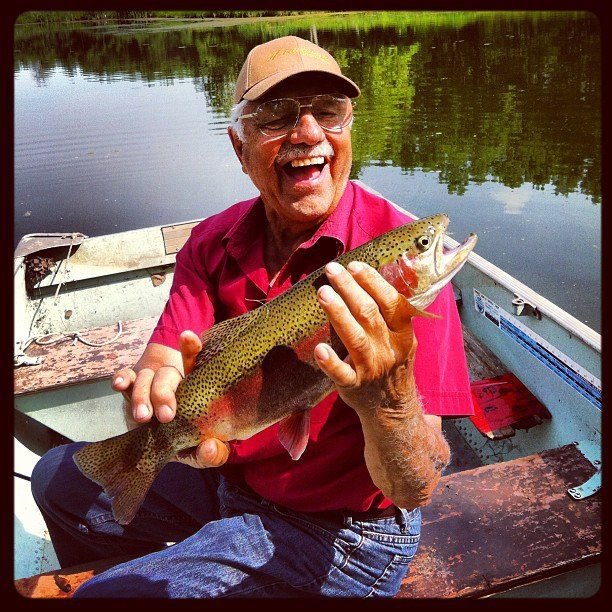 Charles (Karl) Friesen, 88, of Landmark, Manitoba, passed away on January 28, 2021 after several weeks in the hospital. He was born on August 28, 1932, to Peter and Katherina Friesen in New Bothwell, one of 12 children. Charles was predeceased by his parents and two brothers.

Charles met Rose in 1952 and they wed in 1955. He was a loving and gentle husband, father, grandfather and great-grandfather, determined to provide for his family and give them the life he felt they deserved. He was unendingly proud of his family and worked sacrificially to support them. Along with Rose, Charles poured his heart into parenting numerous foster children and sponsoring refugee families. Many consider him their dad or grandpa; together with them, we, Rose, Ivy, Ina, Lisa and the rest of his family grieve his passing.

Charles had many skills which led to numerous jobs and volunteer opportunities. He worked in various construction fields, drove delivery trucks and worked up north in a sawmill where he could show off his maintenance and mechanical skills. Some of his notable employers were Eatons, Westeel, Perth’s and Landmark Feeds. Charles volunteered with MCC in Oklahoma in the early years of their marriage. Later, he invested his time and knowledge in an MDS project in Landmark.

Being an inventive problem solver enabled Charles to become a creative up-cycler before that term was coined. He could often be found in his shop resourcefully creating something useful out of a variety of otherwise useless materials. Through his creative genius, more than one old house or building was economically but beautifully transformed into a family home for his ever expanding family.

One could always find Charles by listening for his whistling or singing; in later years he often turned to the Gaithers for comfort. He was a lover of music.

As a young man, Charles made a decision to follow Christ. He has been longing to see Jesus and we are rejoicing with him now as he has reached his goal. He will be greatly missed by all who knew him.

Donations in memory of Charles may be made to Samaritan’s Purse or MCC.

The private family live streamed memorial will be held on Sunday, January 31, 2021, at 3:00 p.m. at Birchwood Funeral Chapel, Steinbach, MB. Please click the following link to join the family via livestream shortly before the service.

The live steam will be available on our website for 90 days after the service date.