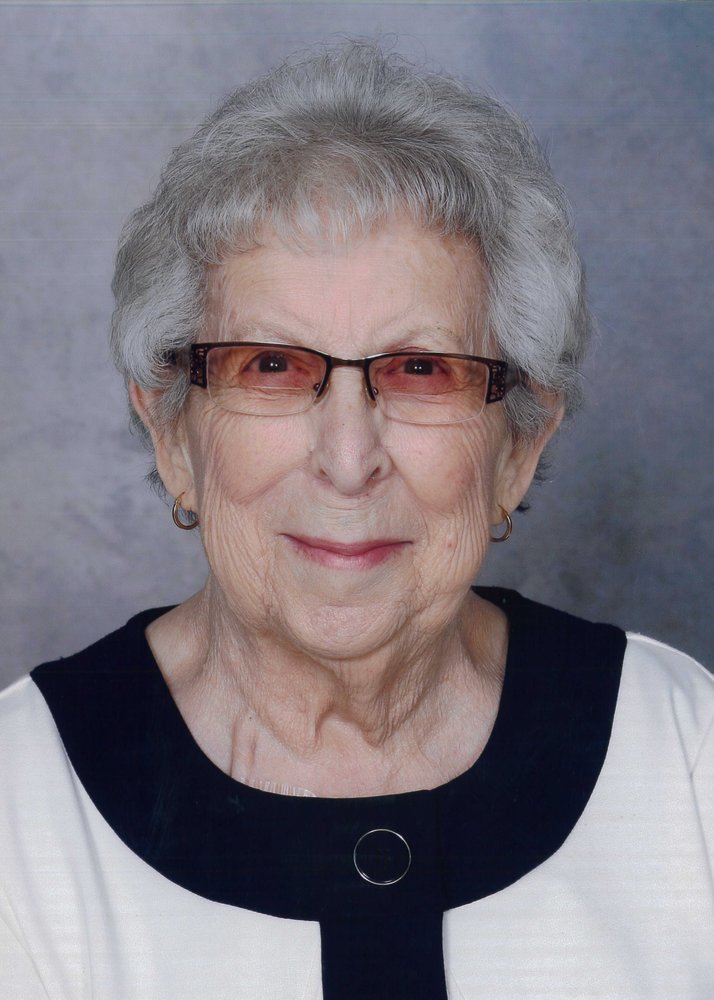 It is with heavy hearts that we announce the passing of Bernadette Janzen of Steinbach, MB., on Wednesday, February 3rd, 2021. She passed away at Health Sciences Center, Winnipeg, MB., at the age of 80.

Bernadette was pre-deceased by a first-born daughter in infancy, Benita, her husband of 42 years, Alvin, her parents, Raoul and Dorothy Huberdeau, brother, Jerry Huberdeau and brother and sister-in-law, Arthur and Roberta Huberdeau, parents in law, John and Getruda Janzen, brothers and sisters in law, Thelma and Abe Penner, Tina and John Dueck, Sarah and Aaron Reimer, Cornie Janzen, Ernie Penner, and Minnie Janzen.

She leaves to mourn, her sons and their wives, Reginald and Kendra, Keith and Kara, and Donald, and four grandsons, Kyle, Logan, Jax and Jordy. She also leaves behind one sister, Nicole Huberdeau, sisters and brother-in-law Carole Janzen, Linda Penner, Irene Janzen, Annie and Joe Plett, and her three most faithful friends, Anne Reimer, Mona Funk and Emily Dearborn.

Bernadette Janzen (Huberdeau) was born on June 24, 1940 to Dorothy and Raoul Huberdeau, at the Birtle hospital in Manitoba. She was raised on the family farm in St Lazare, MB alongside her three siblings, Arthur, Jerry and Nicole. As a young woman, she worked as a nurse’s aide in the Birtle hospital. She met Alvin Janzen in her hometown, when he was on an out-of-town work trip in the area. They married on March 15, 1968 at the Church of Ste. Mary’s in Birtle, MB.

Mom and dad lived in a few different places until they settled in Blumenort, MB, where they built their family home and raised their three sons, Reg, Keith, and Donald. Mom was a gifted homemaker and poured hours of her time into tending a large garden, potting her beautiful geraniums, canning, sewing, and keeping her family in homemade bread and buns.

In 2005, Bernadette and Alvin traded in the big yard, garden, and house in Blumenort for more manageable living in their condo in Steinbach, where they spent the next five years together before the passing of Alvin in 2010. Mom continued to live in her condo for nine more years until her declining health prompted a move to Bridge Park Manor Assisted Living in February of 2019. That spring, Bernadette started traveling to Winnipeg for kidney dialysis treatments. The long trips and late nights three times per week proved too hard on her, so her youngest son Donald graciously invested his time to learn how to do her dialysis treatment himself, so she could have them done from the comfort of her own home.

Even though we are left to mourn her passing, hope remains. “Jesus said to her, I am the resurrection and the life. Those who believe in me, even though they die, will live, and everyone who lives and believes in me will never die.” John 11:25-26.

The family invites you to a public come and go viewing for 10 people at a time on Wednesday, February 10, 2021 from 7:00 p.m. to 9:00 p.m. at Birchwood Funeral Chapel, Steinbach, MB. Due to Covid restrictions only 10 people may enter the funeral home at a time and social distancing protocols along with masks are still mandatory. Please remain inside your vehicle until directed inside.

A private family funeral service will be held on Saturday, February 13, 2021 at 2:00 p.m. with the interment following the service.To join the family via live stream please visit the following link shortly before the time of the service. The link will remain on our website for 90 days following the service for further viewing opportunities.