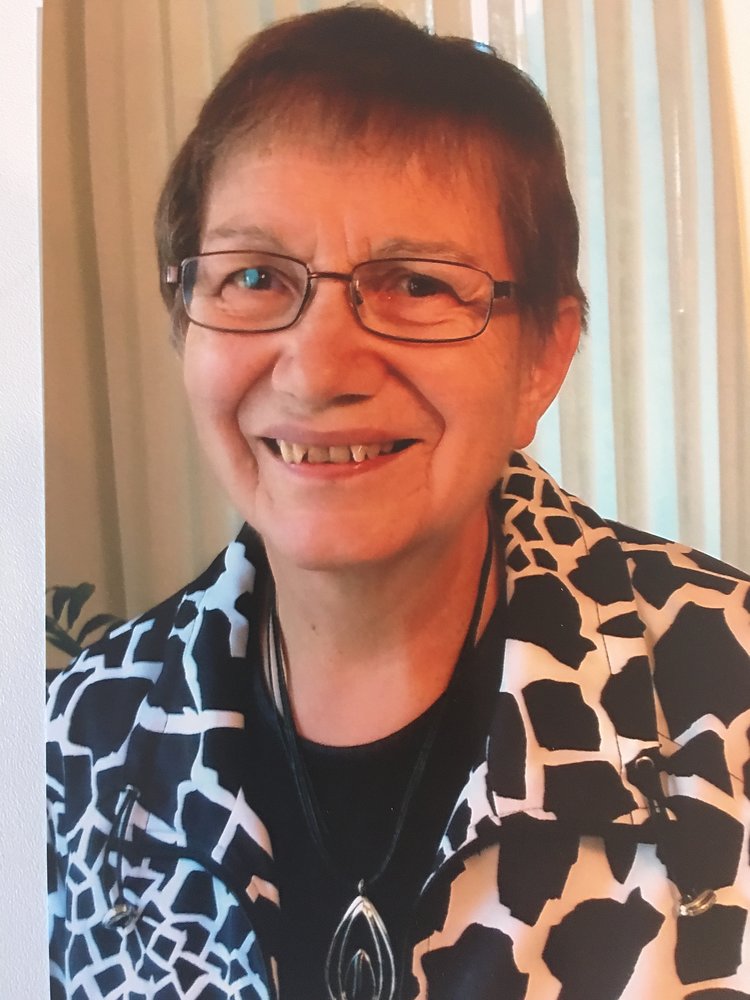 Tina learned responsibility at a young age. As the oldest daughter she mastered jobs and was a great help to her mom. After finishing Grade 8 at Blumenort School, Tina stayed home to help on the busy family farm. Tina often steered herself into the kitchen. She preferred cooking and dishwashing to some of the other household and garden tasks, already showing interest in what would become her life’s work.

Given her shy nature, Tina was scared to apply for a job. However, she applied for a kitchen job at Rest Haven Nursing Home, and that became a turning point in her life. She flourished both in the kitchen, and after work in the staff residence. It was the start of many years of enjoyable work in kitchens, often as head cook. Over time her reticence turned into confidence. Her gentle spirit and servant’s heart stayed intact. She developed many lifelong friendships, from Winkler to Germany.

Tina cultivated the art of visitation, often dropping in on family and friends, even if only for a half hour. She was often the one informing the rest of the clan about family matters. Even when there was no news, she used email to share a scene from her garden or yard, and a few cheerful thoughts. She liked to keep in touch.

Tina’s faith walk was always important to her. She was baptized as a teenager, joining the Blumenort EMC church, later known as Blumenort Community Church. At one time or another she was much involved with a church cell group, a sewing circle, and a single adult group. Although she was not one to talk much about her faith, and rarely one to push her views, her gentle nature exemplified James 2:18, “… I will show you my faith by what I do.”

This faith was again evident when Tina heard the diagnosis of cancer on December 20, just a few months ago. She was open about the serious nature of her cancer and how she had had to make a shift in her thinking, like a “U-turn.” In earlier decades when she felt anxious, she had sung, “All Hail the Power of Jesus’ Name.” Now she again had the song in her head. She expressed gratitude for the doctors, nurses, and medical staff she encountered, noting how warm their speech and manner had been even while being realistic about her prognosis.

In January Tina was blessed to have family members care for her, including her sister from Okotoks. Tina’s sister Marg, who over the years had spent many Sunday lunches and vacations with Tina, now stayed numerous nights with her as her health rapidly declined. It was fitting that the two sisters were together in the hospital room when Tina breathed her last.

Tina: You loved us, we loved you; may you rest in peace.

The livestreamed private family funeral service will be held on Tuesday, February 16, 2021 at 2:00 p.m. at Birchwood Funeral Chapel, Steinbach, MB. To join the family please visit the following link shortly before the time of the service.

The link will remain on our website for 90 days following the service for further viewing opportunities. https://www.oneroomstreaming.com/view/authorise.php?k=1613180648100598

Interment to follow at the Blumenort Community Church Cemetery.

If friends so desire donations in memory of Tina may be made to Faith Mission.