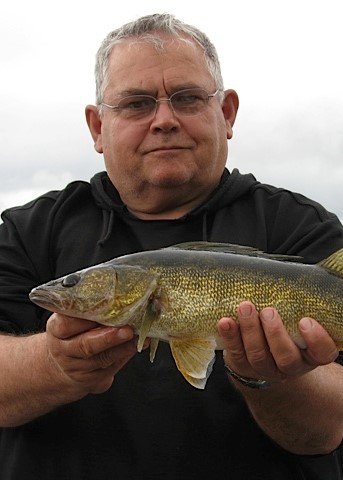 He was predeceased by his parents, John D and Annie Kehler.

John grew up in Randolph and moved to Winnipeg after high school. He worked his full career in the steel industry after attending Red River College for his blueprinting and estimating training.

He took a lot of fishing trips with family and friends. The last 15 years he and his three brothers would go on a four day fishing trip every year in June. Unfortunately, he was forced to miss the last few years due to knee issues. This was always a special event to look forward to every year.

John would golf as much as he possibly had time for, except again for the last several years. He made a number of winter golfing trips to the southern United States, with his friend Wayne Funk.

John was an expert in woodworking and over the years he made numerous trucks, cranes and other crafts. He spent a lot of time in his 50 foot trailer with all the necessary tools for woodworking. He frequently gave some of his creations to family members for Christmas. One year he gave a Humvee (large scale) to each one of his brothers, a gift we will always cherish.

After retirement, he would make a daily trip to McDonald's for coffee, where he would often meet up with family and friends. Last year due to Covid-19 the meetings moved to St. Vital Park. When it was warm enough they would sit in lawn chairs and as the temperature dropped the meetings would still take place, only from the comfort of each of their vehicles. John also spent a lot of time at Kildonan Park reading in warmer weather. He always tried to keep busy with something.

He loved to watch sports - baseball, curling, hockey and golf on TV. Sports was a frequent topic of discussion during coffee visits.

Due to Covid-19 a Celebration of Life will be held at a later date. If friends so desire, in lieu of flowers donations may be made to MCC, Siloam Mission or charity of one's choice.