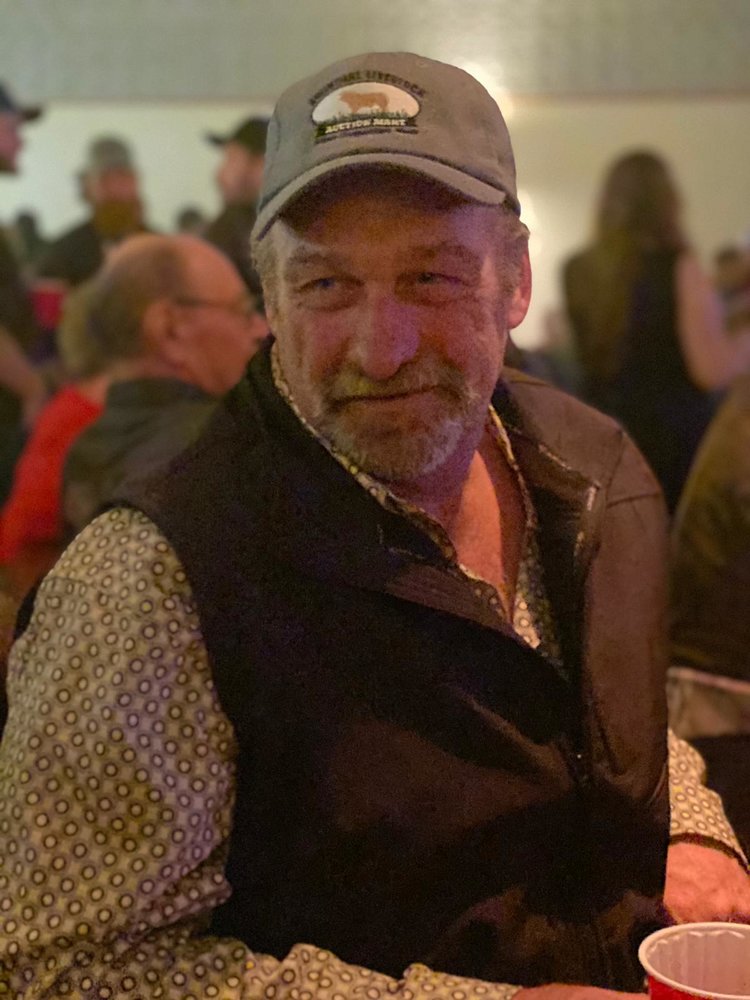 It is with heavy hearts that we announce the passing of Mike Heckert aged 52 of Ridgeville Manitoba.

Mike is survived by his loving wife Kim of seven years and two sisters Toni (James) Sobering of Birch Hills, Sask., and Cari Doerksen of Steinbach and their families and his late sister’s children Christopher and Kevin Sobering, also by his father-in-law Ronald Martin of San Pedro CA., and his in-laws Jon, Mark, Stephanie, Michelle, and Ron Jr. and their families all of California.

Michael Edward was born to Ed and Grace (nee Kroeker) Heckert on July 22, 1968 in Steinbach. He grew up on the family farm and attended school in Steinbach.

After the cows were sold Mike worked various jobs all of which had something to do with farming in one way or another. All while always having his own farm and cattle.

One of his big dreams was to go to auctioneer school in Regina. He graduated first in the July 2007 class. This then gave him some opportunities to auctioneer at Heartland Livestock in Brandon and at Grunthal Livestock. Mike always enjoyed working with animals whether it was buying, raising, selling or hauling them. He also enjoyed being a market rep for the auction mart. This got him out among the community and out with people. He loved visiting with people. Mike made some really good friends doing this.

On October 18, 2013 Mike and Kim were married in Grand Forks and from that day forward Mike had a different outlook on life. They were inseparable. They enjoyed farming together. They even took a road trip to visit her family in California one winter.

This past July Mike was diagnosed with lung cancer and up until this past January he was doing really good. Things took a turn and he declined quite rapidly but he was always very happy to see the friends that kept coming by.

Mike was always known for his laugh and genuine big heart. He was ready to help the underdog and never afraid of a hard day’s work.

He was predeceased by his parents Ed and Grace, his sister Phyllis Sobering, his brother-in-law Stan Doerksen and his nephew and godson Markus Doerksen.

Mike, you have fought the good fight. Rest In Peace for your pain and anguish is now over

A livestreamed private family service will be held on Saturday, February 27, 2021 at 10:00 a.m. at Birchwood Funeral Chapel, Steinbach MB.

To join the family via livestream please click the following link shortly before the service. https://www.oneroomstreaming.com/view/authorise.php?k=1614042385102204 The link will be available for 90 days following the service.

In lieu of flowers donations can be made to Southern Health-Santé Sud (In memo line: CancerCare Steinbach), Box 470, La Broquerie, MB R0A 0W0.

Share Your Memory of
Mike
Upload Your Memory View All Memories
Be the first to upload a memory!