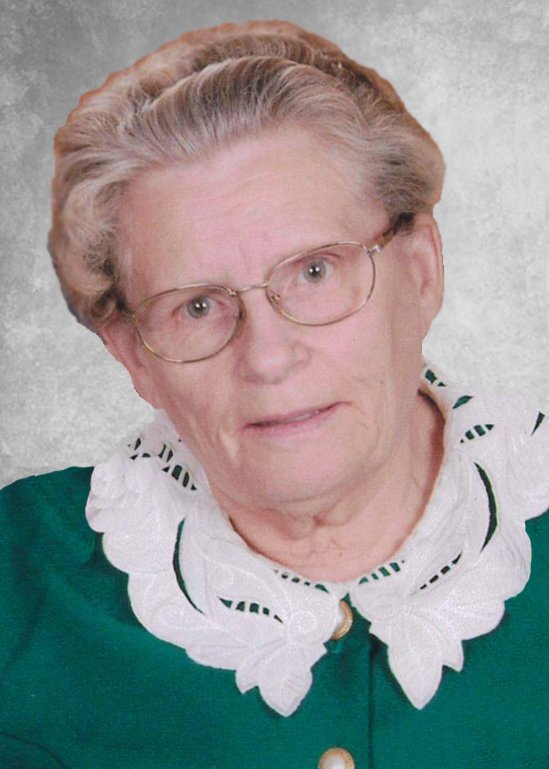 Olga Ottilie Haselauer was born in Einlage, Russia, on August 13, 1939, to Katherine and Jacob Neufeld.  She was the second of five children.  In 1945, the family fled from Russia to Germany.  After two years her dad was taken to a labour camp after which the family was unable to locate him.  In 1953, her mom fled with her five children to West Germany.  Eventually they were able to immigrate to Canada, making their home on a farm in Carrot River, Saskatchewan.  In 1962, Olga married Paul Haselauer.  They lived in Winnipeg and had two daughters.  In the early 1980s Olga's dad was located and after more than thirty years, they were finally reunited - a memory she cherished.

She is survived by her daughter, Louise (Aaron), five grandchildren and seven great grandchildren:  Laura (Timothy) and their five children, Luke, Rebecca (Campbell) and their two daughters, Daniel (Blaze), and Peter.  She is also survived by her brothers, John (Kathy), Jake (Dusty), and Gary (Kathy), and her sister-in-law, Ridy Haselauer, together with several nieces and nephews.

A private funeral and interment have been planned.