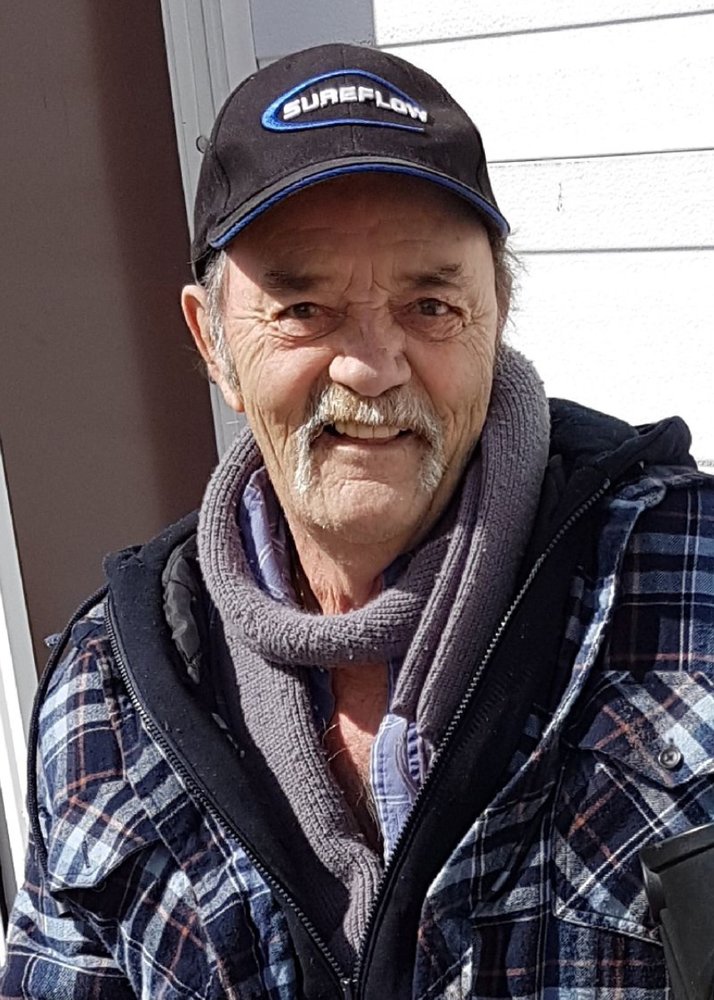 Gil Preteau of St. Malo, MB., passed away peacefully in the early morning hours of Tuesday March 2, 2021, with his partner Shirley Catellier-Storoschuk by his side.

He was predeceased by his dear wife Louise (Lou Lou), his parents Marie-Ange and Denis, and his other siblings; Roland, Therese, Carmelle and Pauline.

Gil or also referred to as “Brother Gil” spent most of his life living in St. Malo. Many people have fond memories of him, to name a few; countless laughs and discussions over a cup of coffee or beverage in his famous garage. He cherished his years as a member of The Boogey Wheel Club, specifically with his dear friend and brother in law, Noel Dubois.  The 2 of them were often referred to as “The Muppets” and those memories will last a lifetime.

Gil was always willing to lend a hand, especially when it came to mechanics, whether it be helping someone fix their lawn mower, vehicle or snow mobiles.  His favorite customers were the Maynard Family as he always knew they would be dropping off one of their purchases at his place for repairs. He often made the comment when he had his own Mechanic and Autobody Shop that the Maynard Family kept him in business, but the relationship that family had with Gil will always be cherished by all. Gil is famously known for his work ethic, and dedication to his trade as; NO man worked harder than Gil, and when he was in business it was a 24/7 dedication to him.  He was in his Shop before the sun came up and long after the sun had gone down.

Gil took such pride in everything he did. From mowing the lawn to fixing vehicles or maintaining his own vehicles and ensuring they were always spotless.  If he was going to put his stamp of approval on it, it had to be up to his standards which was not always an easy task as for those that know Gil, his standards were extremely high! If you were getting him to work on your vehicle, mow your lawn, or build something, you were getting superior quality. Clean vehicles were a must if ever you wanted to stop by Gil’s shop or house.  People knew not to pull up with a dirty vehicle or they could expect to get an ear full.

Gil always looked forward to spring as that meant “grass cutting season”, and he knew every spring his son Robert had a list of projects they would be able to work on together. Gil and Rob’s most cherished project is when they built Gil a sunroom in the back of his house but when the project was almost complete, Gil decided he wanted it moved to the front in lieu, so they took it down and rebuilt it / moved in in the front of the house. That was Gil “always thinking of better ways”.  You could never cut corners with him around as those eagle eyes would catch you!

Gil did not show the affectionate side of him, as he wanted to make sure he was perceived as a very strong man, which he was BUT no man hugged stronger, loved more or was prouder of his kids and their accomplishments.  He loved nothing more than to wear the jackets or hats his kids bought him.

Gil had a very close relationship with his sisters and looked forward to the weekly calls or visits from them. While he complained they talked too much, he himself always had plenty to say to them too and he would not have wanted them to talk any less.

For those that knew Gil, they know; he never looked for praise, he was never one to boast, he did not like the spotlight. He preferred to just remain private and keep to himself.  He worked incredibly hard to provide for his family and was an exceptional father that ensured his family was always taken care of, and shown love.  His personal dreams and wants always were always 2nd to his family and their needs. Dad / Gil was always there for his family; he was there through all our storms in life, a true constant we could turn to regardless if times were good or bad. We were so blessed to be able to call him Dad!

You cannot put a price on your time or memories with a parent. The lessons he taught us will never be forgotten. The memories forever cherished. He left a legacy we are proud to be part of. Forever proud to have you as a dad. WE love you and we will keep your legacy going!