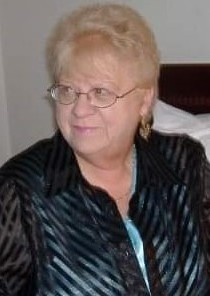 After a brave fight with Dementia at the age of 82, Nola passed away on Wednesday, March 3, 2021 at the Victoria Hospital in Winnipeg, Manitoba.

Nola’s working career was with Canada Post in Piney, Swan River and Winnipeg, Manitoba. She had many friends that will miss her deeply. Such a wonderful and genuine person, we will all miss her immensely. Nola's greatest joys in life were her daughters and her grandchildren.

Due to covid related restrictions, a celebration of life will be held at a later date.

Burial of cremated remains will be in Wampum Cemetery, Wampum, Manitoba.