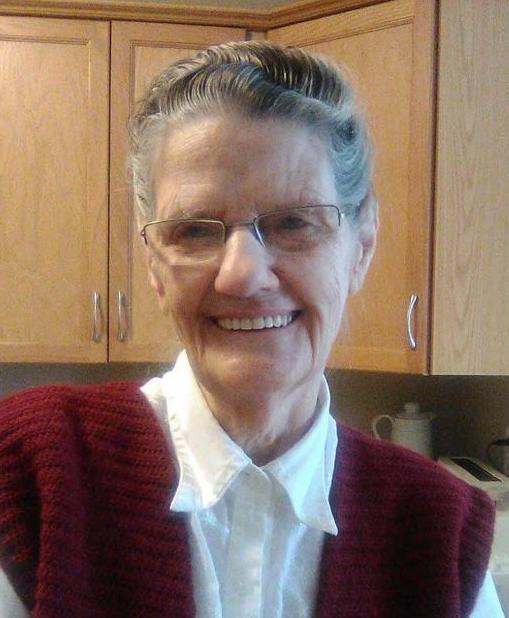 Helen Dyck de Lepp, daughter of Elizabeth and John Dyck, was born February 15, 1932 on a farm near Young, Saskatchewan where she lived with her parents and eight siblings. Their small one-bedroom farmhouse had a kitchen, a wood stove for heating, a table, and a large barrel filled with snow in winter that served as water supply. Many crop failures in the 1930s and the subsequent reliance on social assistance, prompted her family to move to Manitoba in search of a more financially viable living. They settled on a farm near Rapid City.

In 1953, Helen married Peter Lepp of Rivers. They purchased a farm near Rivers where they grew grains like wheat and oats. There, they raised their family of 13 children. The year Peter and Helen moved onto their homestead, they planted two blue spruce seedlings that over the years, grew into towering trees in the front yard of the farm.

Peter and Helen were an adventuresome and entrepreneurial pair. In 1976, they uprooted their family to move to Paraguay where they connected with long lost relatives that had also relocated to Paraguay from Ukraine. There they purchased a cattle ranch and for the next 30 years, Peter traveled back and forth north and south; he and his sons managed a grain farm in Canada. Helen oversaw the day-to-day operations of the cattle ranch in Paraguay in his absence.

Peter and Helen were deeply connected to the land. On the day that Peter died in Paraguay in 2011, one of the towering blue spruce halfway around the world on the farm in Canada, toppled to the ground. A few months before Helen died, the other 60+ year old blue spruce on the farm near Rivers, fell to the ground.

One of the stories about Peter and Helen’s inaugural travels is called “This is not a picnic”. When the family moved to Paraguay, instead of purchasing suitcases, Helen sewed traveling bags out of used cloth flour sacks (100% cotton), for all of her children. The family with 11 children at the time, wove their way through airports and customs with halts and starts. Eventually they met a fellow traveller named Rudolf Duerksen, traveling in the same direction, who became the family’s personal friendly escort, a big burly angel in disguise. During a long wait in the Sao Paulo airport, the family was offered a spaghetti meal in a fancy restaurant. When the waiter came to serve the family, he looked at everyone and asked, “Is this one family or is this a picnic?” Peter’s curt response was, “This is all one family and this is NO picnic.” Many years later, when reminiscing about this incident, Helen commented, “I actually thought it was a picnic. White tablecloth, napkins – we had never eaten in such a fancy place. It was all a wonderful picnic.”

On March 15, 2021, at the age of 89, Helen was released from the physical pain and long battle with cancer. She left this earth to go and enjoy a most lovely heavenly picnic. A deep and committed faith was an integral part of Helen’s life. During her final days with her family running the victory lap with her, Helen listened to most of Revelations. “He will wipe every tear from their eyes. There will be no more death’ or mourning or crying or pain, for the old order of things has passed away.” The crowds in the heavenly stadium are cheering.

Helen is predeceased by her husband Peter, and a baby daughter who died soon after birth. She is survived by her 13 children: 3 sons Henry, John, and Herman and 10 daughters Elsie, Ruthie, Frieda, Helen, Agatha, Alma, Laura, Erica, Christel, and Barbara and their partners, 31 grandchildren, and 6 great grandchildren. Her family will always remember her for her deep commitment to her faith and family, her spunky humour, her great story telling ability, her aptitude for making all her grandchildren feel like they were the only ones in the world, and her love for playing games especially Skip-Bo and Giant Dutch Blitz. She will be greatly missed by all.

The family would like to thank the many good doctors, including Dr. Karen Toews and Dr. Versha Banerji, nurses, and other staff that took care of her during her battle with cancer.

A private burial service will be held on Friday, March 19 at Rivers Cemetery, just down the road from the original farmstead.