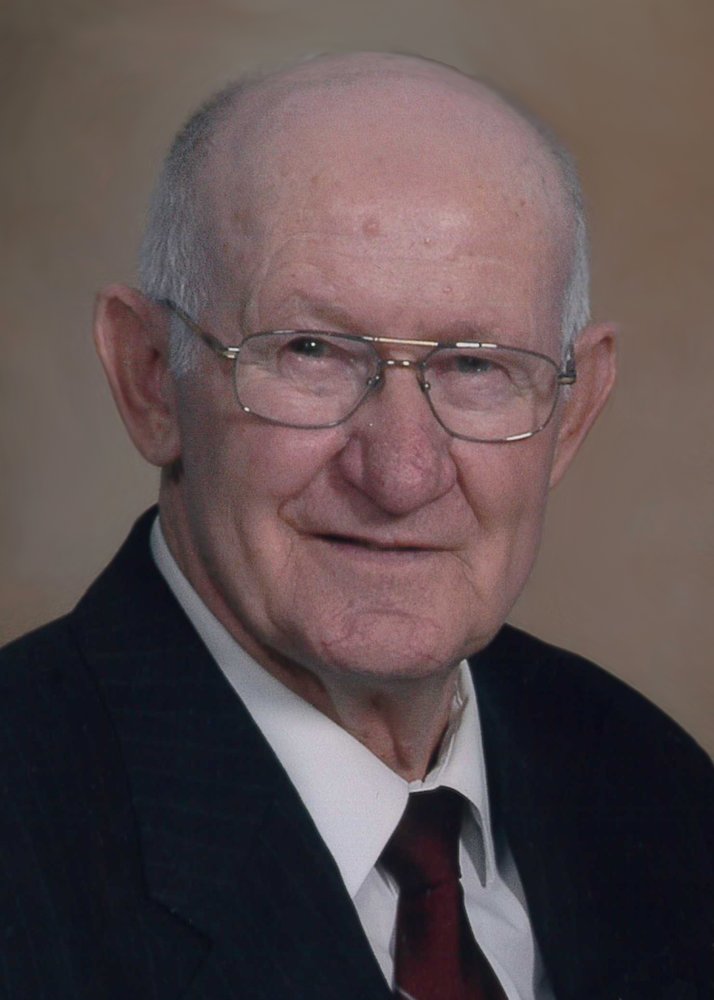 William Unrau was born at Clearwater, Manitoba on September 11, 1931, to parents Isbrand and Maria (Kroeker) Unrau. He was the 7th of 11 children. When he was 6 months old his parents moved the family to

Lowe Farm and then on to Steinbach where he completed grade 6 in elementary school. Throughout the years he realized that Steinbach was the only place on earth he ever wanted to live.

In 1960 he married Margaret Nickel and they were blessed with four children- Phyllis, Lois, Lloyd and Dorothy.

Upon confession of his faith in Jesus Christ he was baptized and joined the Bergthaler Mennonite Church where he taught Sunday School and later served as Sunday School Superintendent for many years. He was also the bearer of the record for the longest standing holder for Sunday School perfect attendance.

The Church building was moved down Hanover Street and renamed Christian Fellowship Church where he continued in service together with Margaret as Deacons as well as on the Elder Board.

Bill always enjoyed nature and greatly enjoyed fishing and hunting. He worked at a variety of jobs which included Penner Merit, Stylerite Hardware and then later at Economy Hardware where he was best known as ‘the guy who sold guns. His last official employment was at the Mennonite Heritage Village for 9 ½ years, keeping the grounds and the animals as well as acting as an interpreter at the Blacksmith Shop.

He was a Board member of the 55 plus and spent many hours playing pool there with other retirees. He could also be seen most days out for a brisk long walk.

Bill and Anne were among the first residents of Bridgepark Manor where they spent many happy years until Anne’s passing on September 22, 2018. They always appreciated the wonderful care and service rendered there, particularly all those in the kitchen and dining room.

As a family we would like to thank Dr Gray and the amazing nurses and HCA’s at Bethesda Hospital for the care and compassion they showed during this last month. Dad was treated with care and dignity and we as family were also asked how we were doing.

Special thanks to Sieg and the staff at Bridgepark for making Dad’s time there homey and safe. Friendships were built. Thank you to Karissa who took her personal time to go see him in hospital. Thank you kitchen staff, the extra noodles in his chicken soup were mentioned often.

In Lieu of flowers, donations can be made to the Steinbach Christian Fellowship Church Awana program.

The livestreamed private family service will be held on Friday, April 9, 2021, at 1:00 p.m., to join the family via livestream please visit the following link shortly before the service. https://view.oneroomstreaming.com/authorise.php?k=1617660277109073