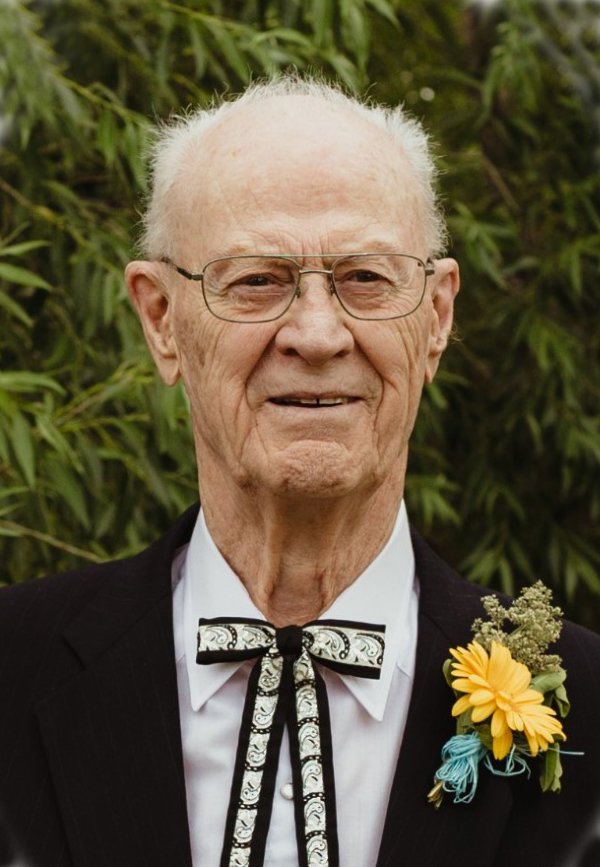 On June 6, 1960 Dad was baptized upon the confession of his faith by Bishop Peter S. Wiebe at the Silberfeld CMC Church.  Dad has been a Sunday School Teacher, and also a Songleader for many years.

Dad married our mom, Helena Banman, of New Bothwell, MB., on July 3, 1960 with Rev. Cornelius W. Friesen officiating at the Randolph CMC Church.  Dad & Mom shared love, sorrows, joys and difficult times for 60 years, nine months, and nine days.  The first years they lived in New Bothwell and then made a move to Niverville in 1964. Dad & Mom sold this place and purchased land near Niverville and built a new house which we moved into on April 24 & 25, 1975.  In 1979 they moved to Kleefeld, then to Mitchell in 1994, to Rosewood Dr. in Steinbach in 2003, to an apartment above the radio station in 2009, and their last move to Woodhaven Manor in April of 2013.

Some of the many jobs Dad had was working for (William) Bergen Const., helping build the bridge over the Red River at St. Agathe for Dominion Bridge, and working for Western Tools.  He also worked at the Cheese Factory in New Bothwell, the Chicken Killing Plant in Niverville, and Borgers Bros. Const.  In 1967 he tried the Thompson Nickel Mine for two weeks.  While working for Village Pontiac Ltd. Dad sold fertilizer to farmers at the elevators in Niverville.  Most of his years after this he was a mechanic which included working at other places and also owning their own businesses.

Camping, fishing, and traveling were things Dad enjoyed which included our first trip to Alberta in 1969, a trip west in 1978, a trip to Alaska in 1982, and a trip on train to BC in 2006.   Our family was blessed with the many slippers Dad’s hands had knit to keep our feet warm.  Dad also helped prepare many sewing machines to send overseas.

Dad had many issues throughout his life which included two open heart surgeries.  In the spring of 2020, the doctor believed he had Pulmonary Fibrosis and gave him a pump for this.  He had some falls, lost a lot of weight, needed his ribs put back in place many times, and his breathing became worse during the last year. Dad was brought to the hospital in Ste Anne on April 4, 2021 where he passed away on Monday, April 12, 2021 around 11:40 a.m.  He reached the age of 84 years, 7 months, and 25 days.

He was predeceased by one son-in-law (Ike Giesbrecht), his parents, eight brothers, two sisters, four sisters-in-law, and two brothers-in-law.

We would like to thank the doctors, nurses, and hospital staff in Ste Anne for caring for our Dad during his last week of life that God granted him.  Thank you to Birchwood Funeral Chapel and the Ministerial for their services.  Thank you also to all who have helped in some special way.  Most of all we want to thank our Heavenly Father for giving us a Dad that took us to Church and Sunday School, loved and cared for us, blessed us and prayed for us.

Dad will be greatly missed.  We sorrow, but not as those who have no hope.

The livestreamed private family service will be held on Saturday, April 24, 2021, at 1:00 p.m. at Birchwood Funeral Chapel, Steinbach, MB., followed by the interment at Heritage Cemetery. To join the family via livestream please click the following link shortly before the time of the service. https://view.oneroomstreaming.com/authorise.php?k=1618533187110916.

The livestream will be available for 90 days following the service.