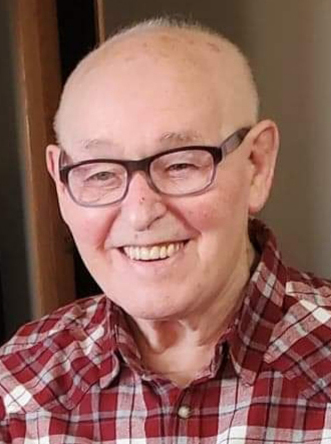 Dad was born in Saskatchewan to his parents Henry and Suzanna Unger on July 10, 1929. He was the seventh child with six brothers and two sisters. Moving to Southern Manitoba a few months later they settled in the Rosengard district south of Steinbach.

At 13 or 14 years of age dad began working for others, off his parents’ farm. One of his first jobs was herding cows on a farm west of the Red River, (Jantzied, as some would say here). Later, riding his bicycle to Winnipeg, he found work at Canada Packers, (50 cents and hour), and after that, a job at The Rickshaw, a Chinese restaurant, where he learned short order cooking.

Saving his 50 cent pieces in a tin cash box, he helped out his dad with needed farm expenses.

Dad married mom, Gertruda Dyck, on October 22, 1950. They bought land ¼ mile from his parent’s farm, and after two years living in a new shed that had been originally intended as a chicken coop, they added to the house, where two more children, Martha and Lilly, were born. Water was hauled from his parents’ farm ¼ mile away.

Henry’s conversion in 1959 under the mentorship of Jake Toews, missionary and minister in the Steinbach area at the time, changed everything. Weekly Bible studies with Pastor Henry Rempel helped ground dad in his faith. He taught Sunday School for many years, overcoming disruptive behaviour, on occasion, by involving the offending student in class activities and in assisting him as he taught.

To provide additional finances for his family, dad would work away from the farm, while mother and the children did chores at home.

Dad was a good equipment operator, running road graders, backhoes, loaders, and a portable cement mixer for Simons Construction. He did well on whatever he attempted.

In 1966, dad took Gertrude on vacation to B.C. They fell in love with the countryside there, and six weeks later, having sold everything here, they moved West, and found their first work in Abbotsford, dad running a road grader, while the family picked raspberries. Before long Henry joined a house moving operation, where used houses from Vancouver were floated on barges to Nanaimo, on Victoria Island. They ended up owning one, which he put on a basement there.

Dad always loved a challenge, never afraid to tackle something new. When work dried up in Nanaimo, they ended up in Calgary, where dad soon found work washing floors at the Calgary General Hospital. He moved up through the ranks, and, despite a limited education, after 15 years found himself in level three (top level), maintenance through God-given gifting, hard work, and determination. He would often pray about problems that came up at work, and during the night God would give him the solution.

Although the children remember attending many different schools in Nanaimo, the fact remains that he loved his family, and always prayed for them with compassion. He loved helping them, giving advice, or walking through a problem and help fixing things. When John, Edna’s husband, passed away in 1992, dad and mom lived in their little camper trailer on Edna’s yard, summers, helping out in any way needed.

Dad believed Jesus was coming back soon and looked forward to experiencing the rapture. He loved God’s Word. An offer of scripture reading always brought an enthusiastic welcome.

Lately, he expressed the desire to “go home”, and could not understand why he had to wait, and endure, while others passed on.

Henry Unger was predeceased by his parents Susanna and Henry R Unger, six brothers and one sister, four children in infancy, and one son-in-law, John Heese, who passed away in 1992.

The family thanks all who have expressed condolences. A big thank you to the Bethesda Place staff who gave dad excellent care and blessing. Also, a huge thank you to Gerry Rogers who visited dad faithfully every week (as permitted), at Bethesda Place. This is much appreciated.

“He heals the broken-hearted and binds up their wounds.” Psalm 147:3 ESV

A private family livestreamed funeral service will take place on Friday, April 30, 2021 at 2:00 p.m. at Birchwood Funeral Chapel, Steinbach, MB., with interment to follow at Heritage Cemetery, Steinbach, MB. To join the family via livestream please click the following link shortly before the time of the service.

The link will be available for 90 days following the service.

In lieu of flowers, donations may be made to Christian Fellowship Church, Steinbach, MB.