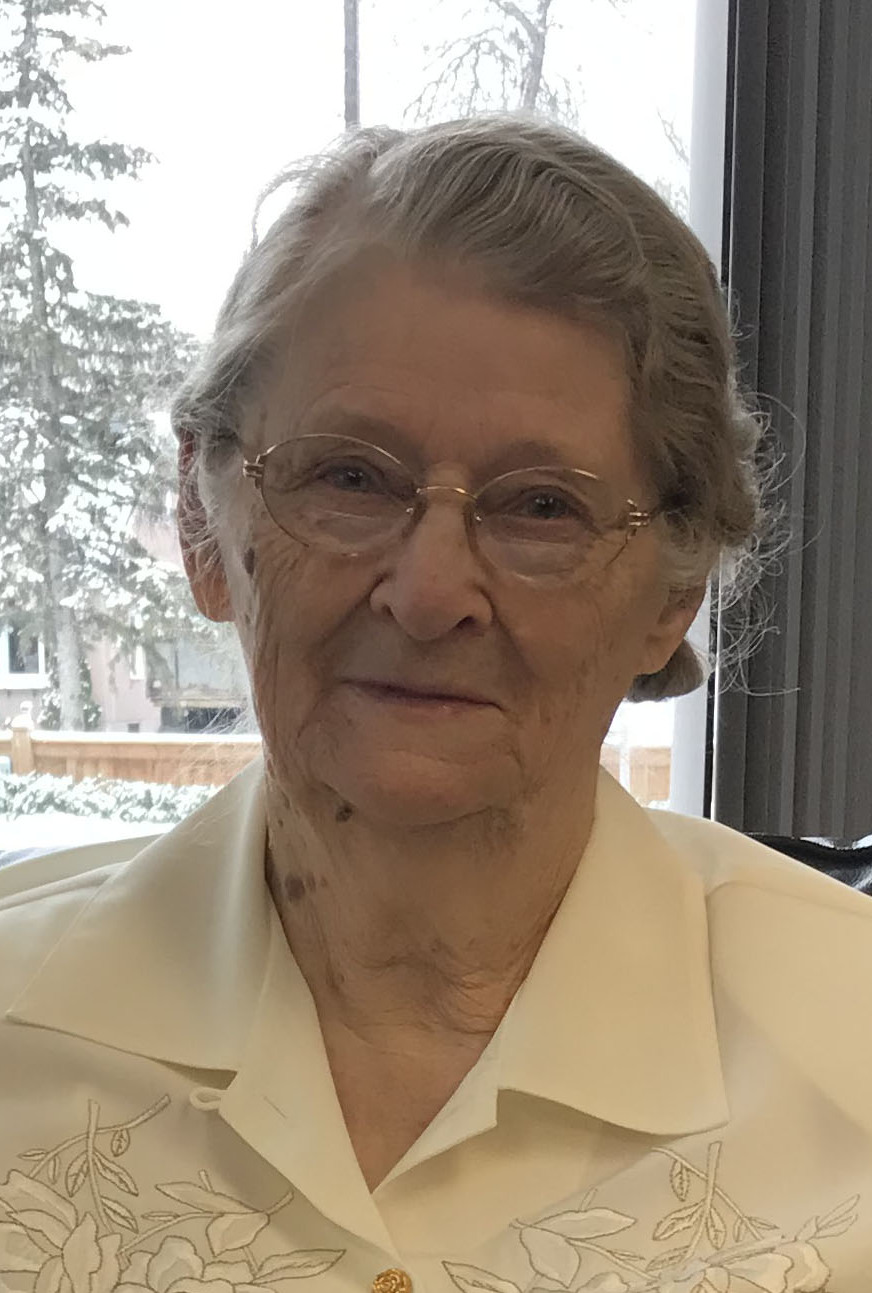 Our heavenly Father, who has life and death in his hand, has found it expedient to take this elderly widow, mother, grandmother and great-grandmother from our midst through death, on Sunday, April 25, 2021, at 3:45 a.m. and to redeem her from severe suffering from Cancer, for which she had to fervently longed and as we confidently hope, was taken up to that beautiful mansion beyond the pearly gates.

Henryetta was born to her parents Cornelius and Maria Funk on November 9, 1929 in New Bothwell, MB. She was baptized on May 16, 1948 by Bishop Peter S. Wiebe on the confession of her faith in Jesus Christ and taken up in the Chortitz Church.

She was married on July 21, 1949 to Jacob K. Gerbrand, who preceded her in death on November 14, 1991, in which time they were allowed to share 42 years, three months and 24 days of joy and sorrow together. Five children were born to them, all sons; one son and his family live in Col. Bergthal, Paraguay, the other four sons and their families live in Canada. 11 grandchildren and 16 great-grandchildren were born to them, all presently living.

After the death of her husband, she came to Canada to visit her children. Afterwards, when the eldest son fell ill, she moved back to Paraguay and lived with them for 10 years. She then came back to Canada, was accepted into the Sommerfeld Church on August 31, 2008 and lived in the apartments in Steinbach, MB., lastly in Fernwood. She survived these last two years of the Covid period but suffered from Liver Cancer, moved in with her children Peter & Anna  when she could no longer take care of herself, where she became weaker and weaker over the last two weeks and finally died on Sunday morning.

To join the family via livestream for either the viewing or the service please visit the following link. https://view.oneroomstreaming.com/authorise.php?k=1619472828112501.