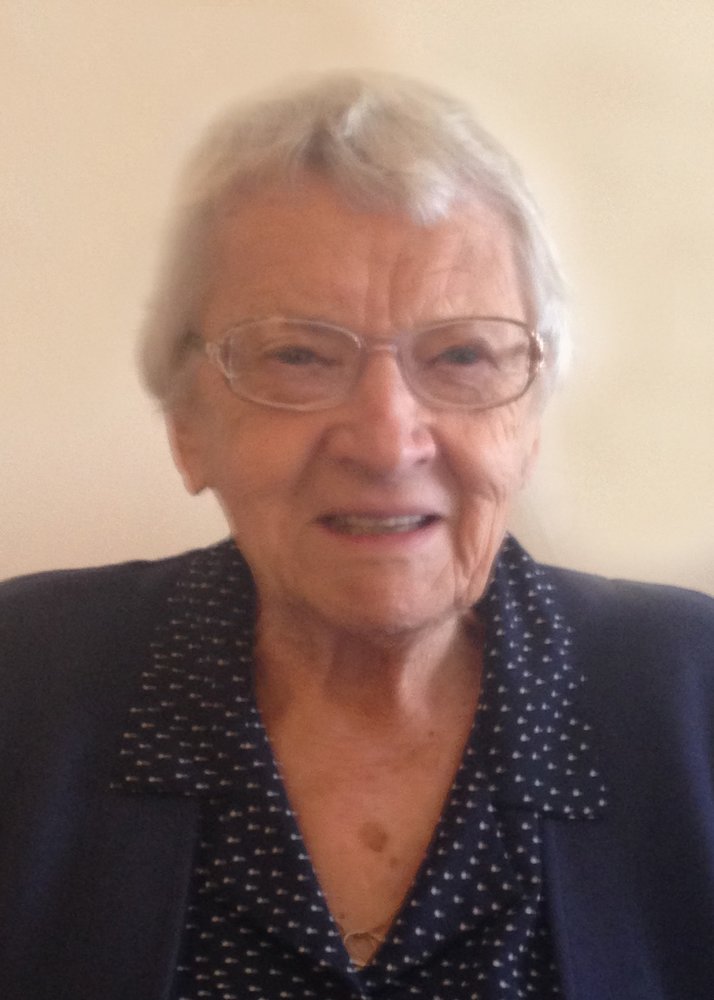 Helena Rempel, 96, of Steinbach, passed away peacefully on July 16, 2021 at the Heritage Life Personal Care Home in Niverville.

She is survived by her daughter Alison Young and sons Robert, Jack (Char), Brian (Tammy); and six grandchildren, Jason (Karen), Andrew, Jessica, Julia, Jacy and Nikita (Chad) and great-grandchildren Lennox and Maddox and her sister Winnifred and brothers John (Germaine) and Alfred. Helena was predeceased by her parents Isaac and Mary, her husband Arnold and great grandchild Laila. There are many brothers and sisters-in-law living and deceased that she deeply loved.

Our mother was born in Altona but moved shortly after to Lowe Farm where her father was principal of the school.

She is the oldest of four children and decided to go to St. Boniface Hospital School of Nursing to become a Registered Nurse. After graduating she found employment at the Steinbach Bethesda Hospital. It was there that she met her husband Arnold who was there with his father for care. They married in 1948 and had over 37 beautiful years together before his passing in 1986. He founded Southeastern Insurance in Steinbach. They enjoyed travelling together and she accompanied him on his many trips to sporting events of the local teams and their children’s sporting exploits. A family cottage at Bird Lake gave them many memories and many good times including special times with her cousin John R and wife Katherine.

Her grandchildren were a great source of pride for her in her golden years and she lived in her house for 45 years. For the last 10 years she lived at Fernwood Place in Steinbach until her unfortunate heart and health issues in 2020 which resulted in hospital stays and moving into Heritage Life in Niverville. She was always very thankful for the care she received from her Doctor Porath as well as Health Aides in her home and the nursing home. The staff warmed to her as she was always thankful for everything they did and she never complained.

She was a woman of strong faith who attended the Cornerstone (EMB) Church in Steinbach. She was the driver to church for her friends until her vehicle thankfully gave out several years ago.

A funeral service will be held Friday, July 23, 2021, at 11:00 a.m. at Memorial Cemetery, Hwy #12 and McKenzie Ave. with a reception after at the picnic shelter at A.D. Penner Park. The public is welcome but there is no seating, so a chair is useful.