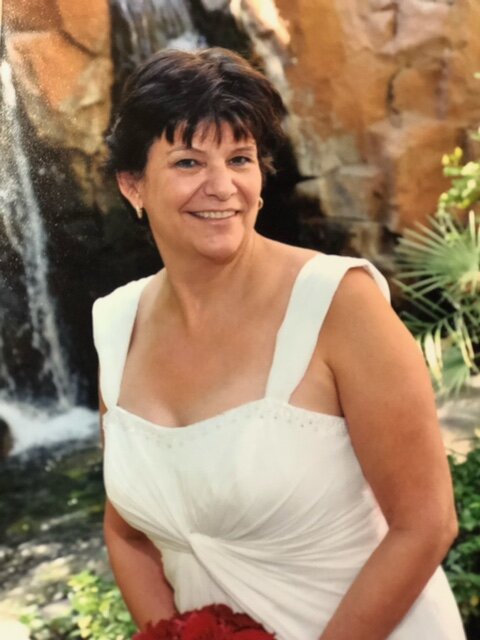 On Friday, September 10, 2021, heaven opened the gates to receive another angel, Wendy passed away at Bethesda Regional Health Centre after a long and courageous battle with cancer.

Wendy was born in Winnipeg, MB and at a young age her family moved to Dauphin where Wendy spent a number of years, as a teenager her family moved back to Winnipeg where she meet her first husband Norm. They married in April 1972 and began a family when they welcomed their only child, a son they named Rick.

Wendy worked at the Winnipeg Clinic for some time then on to Syn-Tex Converters. In the mid 90’s mom and her family moved to Woodridge, MB where they loved to be riding snowmobile and enjoying the outdoors. She got her class 1 driver’s licence and drove long haul with Norm. A few years later she became employed at Loewen Windows where she retired from in 2010.

Wendy met her second husband Doug in 2010, the two enjoyed travelling especially to Las Vegas. They married on September 3, 2011, in Las Vegas with her only son, daughter in law, grandson (who walked her down the isle), along with best friend Crystal/Al to celebrate this great day.

In 2000, Mom was over the moon when she gained a daughter as her only child Rick got married, a couple years later she was overjoyed in 2002 when her only grandchild Justis was born.

Wendy had battled breast cancer and won in 2003, in 2019 she once faced a battle with cancer again this time in her abdomen.

Wendy is predeceased by her mother Doreen and father Ken, and her first husband Norm.

Survived by her husband Doug, only child Rick (Melissah) and only grandchild Justis; her brother Dean along with her nephews and nieces all whom she loved dearly.

Mom loved being with family and friends just talking and spending time together, she enjoyed doing crossword and sudoku puzzles along with just watching her classic TV shows. She was the most loving, kind hearted person and loved to laugh.

The family would like to thank the palliative care team, nurses, doctors and aides at Bethesda Regional Health Centre for their care and support through this difficult time.

Cremation has taken place and a private family burial will take place at a later date.