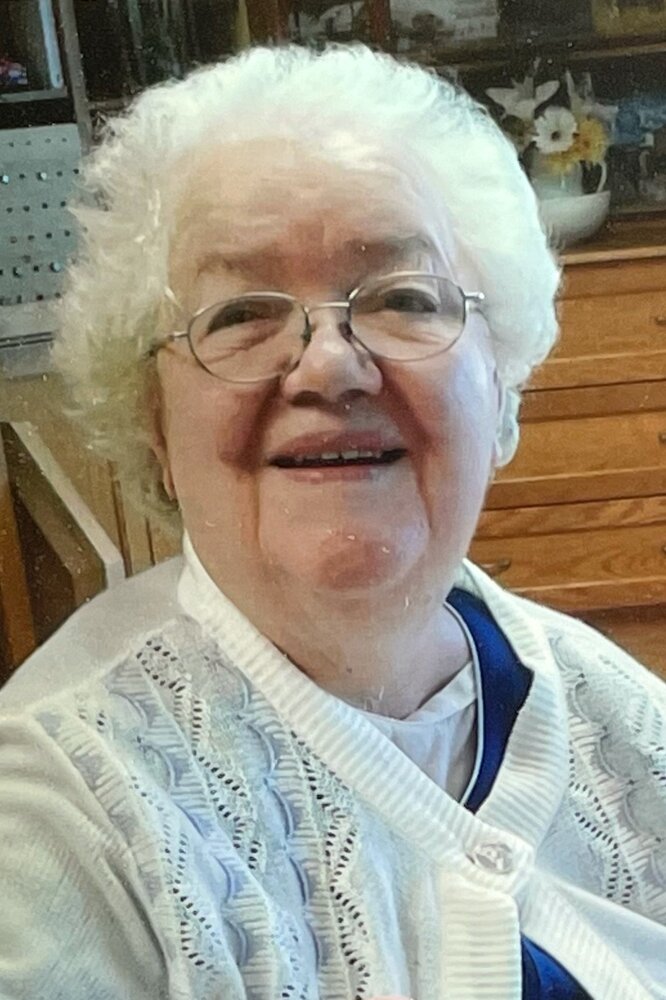 Elizabeth Barkman was born on December 8, 1936 to Abe and Elizabeth Loewen in the area of Cuauhtémoc, Mexico. She passed away peacefully in the company of family on Tuesday, September 21, 2021 at the age of 84, leaving behind six of her eight children Joyce (John) Sawatsky, Bill (Nettie) Barkman, Norm Barkman, Tina (Wayne) Konowalchuk, Vic Barkman, and Joe (Laura) Barkman. She is also survived by daughter-in-law, Bernice Barkman, 16 grandchildren, 24 great-grandchildren and nine siblings (Abe, Jake, John, Helen, Margaret, Pete, Nick, Cornie and Nettie). She was predeceased by her husband Arthur, sons Tim and Brian, sister Anne, as well as four infant siblings.

Elizabeth was born in a Mennonite community in northern Mexico and emigrated to Canada in 1952 at the age of 15. She was the oldest surviving child of the eleven children her parents would ultimately have. The family settled in southern Ontario where she met and married Arthur. They were married in Tilsonburg on July 14, 1956 and soon moved to the Steinbach area to start a family. There they were blessed with five children, two girls and three boys, by their sixth wedding anniversary. The family moved to the Red Lake area in 1964 and added two more boys to their family but lost one to an illness as an infant.

In 1972, Elizabeth and Arthur moved back to the Steinbach area and finally to the Blumenort area where their last son joined the family. As the older children began finding their own paths and leaving the nest, Elizabeth decided she could help bring some income into the family. After being supermom for 23 years, she got a job at Granny’s Poultry in 1980 and worked there for 20 years.

After Elizabeth retired from Granny’s Poultry she moved with Arthur to Steinbach where they lived until he passed away in 2007. She continued to live in Steinbach at Cedarwood and Resthaven where she would be visited by her children and many grandchildren and great-grandchildren until her passing.

The funeral service will be held on Tuesday, September 28, 2021, at 2:00 p.m. at Birchwood Funeral Chapel. To join the family via livestream please click the following link shortly before the time of the service. https://view.oneroomstreaming.com/authorise.php?k=1632529857138839.

In lieu of flowers, donations may be made towards HavenGroup Foundation 2006 Inc. at https://www.canadahelps.org/en/charities/rest-haven-foundation-inc/.