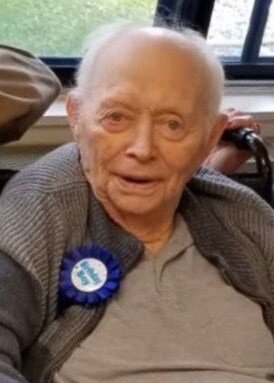 The family of Jake Penner would like to announce his peaceful passing in the early morning of Thursday, October 7, 2021.

He was predeceased by his wife Katie of 69 years, son-in-law Mel, two grandchildren: April & Patty; and one great-grandson Shane.

We would like to thank the caregivers at Vita PCH and everyone that spent time with him during his stay there. He truly enjoyed all the visits and especially the treats that he received. Also, a huge thank you to Birchwood Funeral Chapel for all the arrangements.

A memorial service will be held on Tuesday, October 19, 2021, at 2:00 p.m. at Birchwood Funeral Chapel, Steinbach, MB., with ash interment to follow at Heritage Cemetery, Steinbach, MB. To join the family via livestream please click the following link shortly before the time of the service. https://view.oneroomstreaming.com/authorise.php?k=1634159017142320.