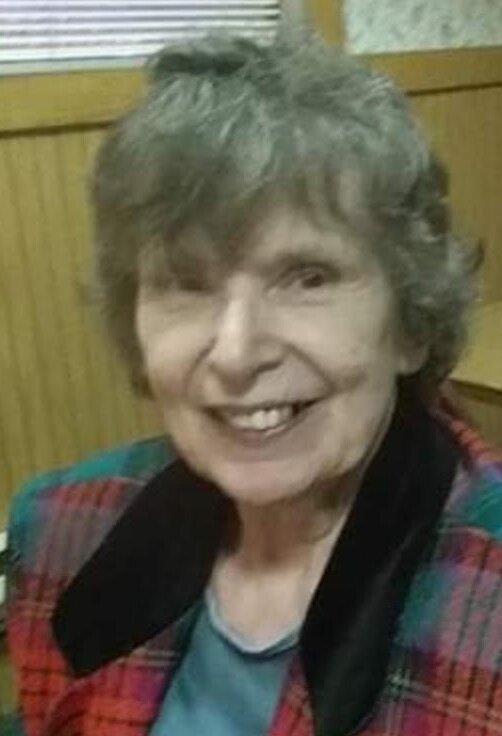 A memorial service will be held Saturday, June 4, 2022 at 1:00 p.m., at Birchwood Funeral Chapel, Steinbach, MB., where Mona, William, and Michael as well as beloved pets Heidi, Sheba and Pixie will all be laid to rest in Steinbach.

Mona knew at a young age that she wanted to be a teacher, in exchange for boarding while she pursued her career she cleaned homes, baked, sewed and ironed for her keep.

Mona first taught school in one room old country schools with grade 1 to grade 12 in a single class. Mona married William in 1957 in Pikwitonei Manitoba, where she taught school and William worked on the railroad. ln 1959 they moved to the carrot river valley outside of The Pas where they farmed and Mona taught part time in different schools. Mona obtained a teaching position with Frontier School Division in Wabowden Manitoba in 1966 and they sold their farm and moved there. Mona took on many roles over the years with Frontier, Teacher, Librarian, Principal and Home Economics. lf there was a need she fulfilled it. She earned her Bachelor of Education over the years by going to night school in Thompson and summer school at the university of Manitoba in Winnipeg while teaching full time .

Mona had many talents and hobbies, she loved gardening, horticulture, sewing, crocheting and needle point. She made amazing bread and buns and was an excellent cook, all with having been born with only one arm. Nothing ever held her back from achieving any task.

Mona and William retired in 1994 and moved to Marchand Manitoba to enjoy hobby farming. While there Mona became active volunteering for the community Hall. Later after William’s passing, Mona wrote the weekly column for Marchand that was posted in the Carillon News. Mona kept her retirement years busy tutoring, substitute teaching, and mentoring others. Mona immersed herself helping to see the Marchand Chapel come to fruition. Mona baked, served meals and coffee to the workers. Mona helped with everything from the foundation up including painting and later became a deacon of the church until her eyesight failed. Once her vision started to fail, Mona moved to Steinbach. She stayed active in the church and had weekly bible studies in her home and coordinated the monthly CNIB meetings in Steinbach. Mona's door was always open for company.

Mona has left a great void in many lives and will be greatly missed.

A memorial service will be held Saturday, June 4, 2022 at 1:00 p.m., at Birchwood Funeral Chapel, Steinbach, MB., where Mona, William, and Michael as well as beloved pets Heidi, Sheba and Pixie will all be laid to rest in Steinbach.

ln lieu of flowers, donations can be made to CNIB on her behalf