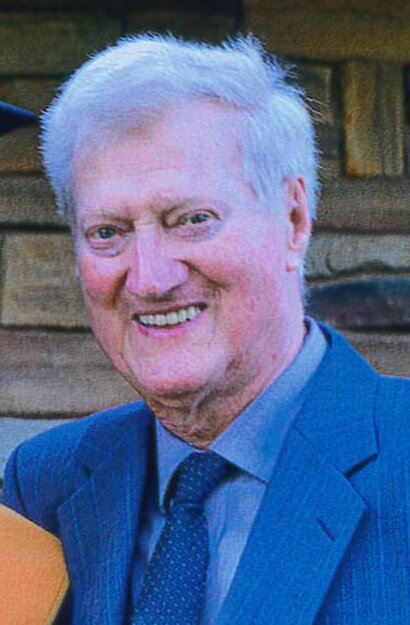 It is with heavy hearts we announce the passing of Jacob Rempel, Dad, Grandpa and Great Grandpa at the age of 86 ("87") of Steinbach. He passed away peacefully following a short illness, surrounded by family on October 14, 2021 at his residence in Fernwood.

He is survived by his two daughters, Irene of Steinbach, her son Steven from Kamloops BC wife Chantal and their two daughters Eve and Lina, Viola of Steinbach and her husband Eric and son Evan, his son Peter of Vancouver BC and his wife Lyla.

He was predeceased by his wife Anne Rempel in October of 2013, two brothers, Ben, Pete and his sister Dora and by his parents Peter & Aganetha.

Dad and Mom met when he was 18 at Rexall Drugs in Steinbach, as he said, "it was love at first sight."

Our parents were married in September of 1957 and enjoyed 56 wonderful years together.

Dad started trucking at the age of 17 with driving gravel truck with his Dad until at the age of 19 when started at Penner International. He started hauling seed which the bags were 100lbs each, then on to hauling milk at which time milk came in cans of 105 lbs each which Dad carried was a very strong man and never scared of hard labour. As the years went on Penners went on to hauling dry freight. Dad was employed at Penners for 46 years.

After his retirement at Penners he didn't stop trucking. He went on to drive casual at Steve's Livestock with the freight division, bob tailing trucks back and forth and whatever else he could do. His happy days after Mom passed were on the truck and enjoying the buggy rides with Menno.

Dad enjoyed playing hockey; he organized the EMC Hockey team, played in the EM Cup and even got to play in BC of 2008 for the Burnaby Slowpokes in BC.

When Dad got his diagnosis in July, he took it gracefully and was at peace with what was in store for him.

As the weeks passed and he was getting weaker and he knew it was not going to get better he said," when is Jesus coming to take me?" He was longing to get to heaven.

Dad you are there.

The private family funeral service will be on Tuesday, October 19th, 2021 at 10:00 am at Birchwood Funeral Chapel, Steinbach, MB., with interment to follow at Heritage Cemetery. All are welcome to attend the burial with COVID-19 restrictions in place.

Please click the following link shortly prior to the service https://view.oneroomstreaming.com/authorise.php?k=1634581898143135

If friends so desire donations in memory of Jake to World Vision or to a charity of one's choice.

Special thanks to: Doctor Allan who was so compassionate and caring for Dad, the home care ladies that would come in and help Dad; they were amazing, family and friends who came to sit with Dad 24/7 so he would not be alone; John, Helen, Martha, Diane, as well as Dad's family; Viola, Eric, Evan and Irene. Debbie Krahn (Palliative Nurse) along with many other nurses, the Treatment Clinic Nurses and thanks to all who came to visit and spend time with Dad.

This is not goodbye Dad, we will see you again! Love you!