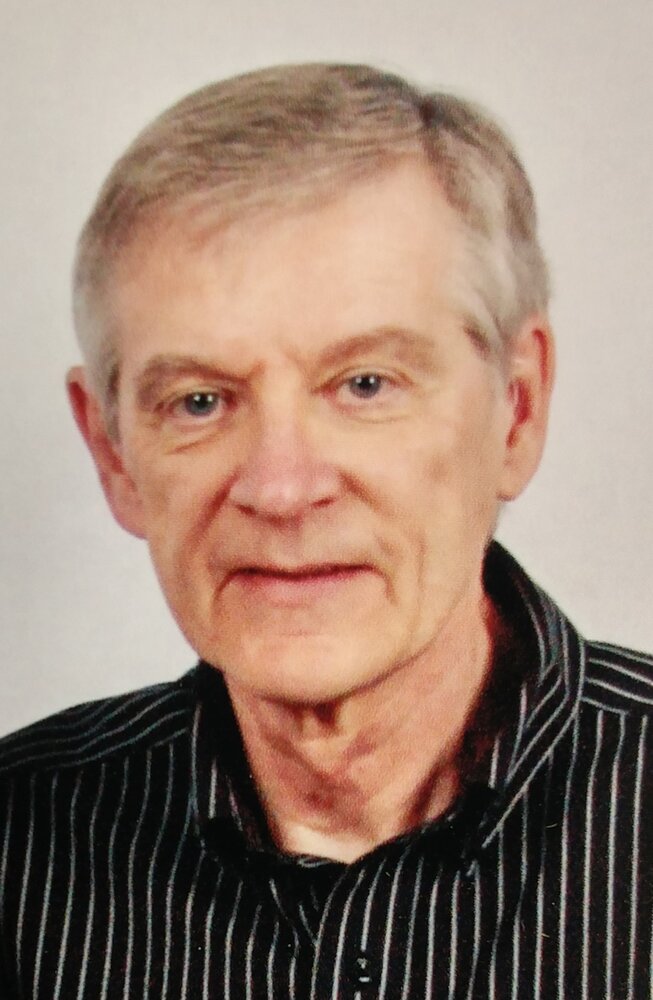 Dad was born September 17, 1943 in Winkler, Manitoba; the second of three children of Susanna and David Peters.

He was predeceased by his mother Susanna and his father David.

Jake grew up in the village of Reinland. He graduated great 12 from M.C.I. and from there, spent three years at Elim Bible School where he met the love of his life. They were married on July 8, 1967, planning on making this a centennial marriage.

Jake taught elementary school (usually grade 6) for 34 years. He spent all of his married life very involved in church life. Mom and Dad were at Gospel Mennonite Church for 33 years. In those years, Jake was very involved in many committees and boards at both church and conference levels. Later on, Mom and Dad transferred over to Bethel Mennonite Church where once again Dad was secretary of church council, was an avid participant in the Bethel Book Club, the Bethel Readers, socialized with their K-group and their Friday night Supper club, and sang in the men’s chorus, the Men of Song, where his organizational skills were put to great use as the music librarian.

Dad loved camping It began on night two of their honeymoon and continued on every summer until a few years ago. Even after the children were grown up, Mom and Dad tented from coast to coast several times and enjoyed several cycling trips.

Cycling was Dad’s second love, though Mom might have argued that sometimes it felt like his first love. He could never miss his Tuesday and Thursday cycling days with the Senior Leisure Cycling Club. Though they would cycle between 30 and 60 kilometers each day, he would often tack on a few extra for good measure. Until July 2020, he was on his bike from the moment the snow thawed until the roads were too icy and averaged a few thousand kilometers every summer.

Dad’s love of travel didn’t end with camping and cycling, though. Dad and Mom enjoyed travelling to Europe to spend time in Northern Ireland when Sherry was there and again with the Faith and Life Ladies Choir tour to Holland and Germany. They also enjoyed a couple of cruises and more than a few trips to Mexico.

When the grandkids were younger, Mom and Dad would have them over for their birthday weekends where Grandpa got to share his love of exploring by taking them to Fort Whyte Centre, petting farms and the Assiniboine Forrest.

The family would like to thank the extended family and friends for their support and friendship to both Mom and Dad.  We would also like to extend a special thank you to Pastor Darryl Toews for the spiritual support he provided to Mom and Dad, Drs. Robillard, Mattaliano, Drachenberg, Gingrich and Dodd for the care they gave him from the beginning of July 2020, through the surgeries, cancer care, and his final days in the hospital, the caring staff at the Victoria Hospital (5 South) during Dad’s stay throughout his last week and a half, especially nurses Chantelle, Pat, and Doris.

Dad will always be remembered for his kindness, generosity, and gentleness of spirit.

Though we know you are now cycling on the nicest bike trails, we miss you.

Cremation has taken place and a memorial service will be held at Bethel Mennonite Church at 10:30 am on Saturday, October 30, 2021. Due to current public health regulations, all attendees must provide proof of vaccination and wear masks. To join the family via livestream, please visit https://youtu.be/f23kNsf58Qg.