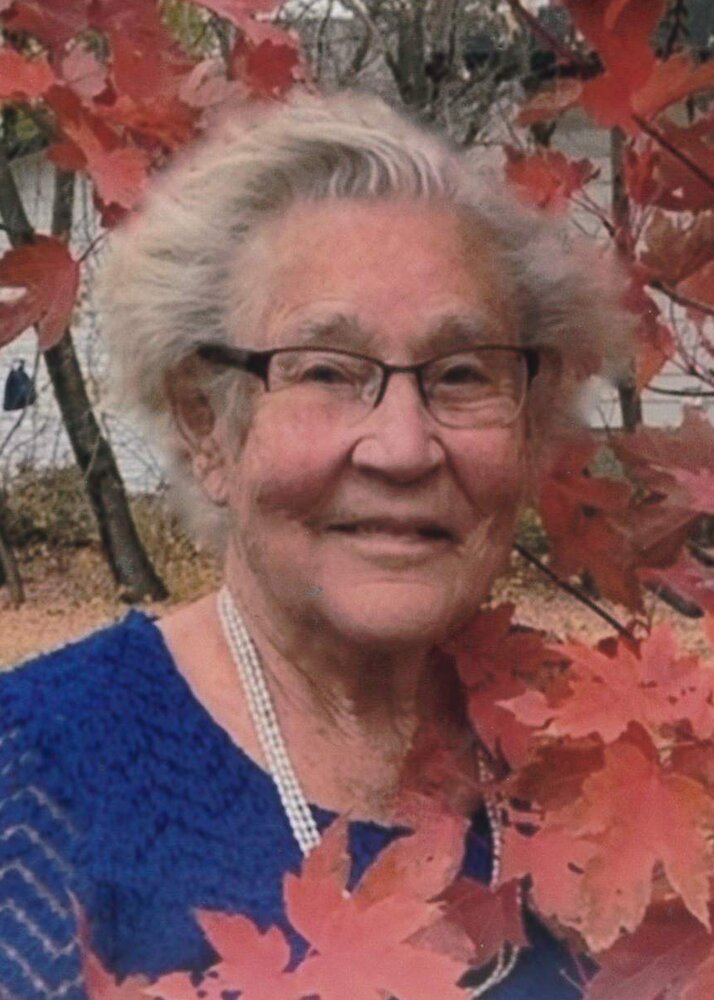 Emily Charlotte Fast, aged 93 years old, passed away peacefully with her family by her side on Thursday, November 11th, 2021 at De Salaberry District Health Centre in St Pierre, MB.

She was predeceased by her loving husband Alexander Mielke Fast and her brothers, William, David and Jake.

Emily was the first child born to William and Anna Dyck, on October 24th, 1928. She was born in Gnadenthal, Manitoba. Shortly after, her family moved to Coaldale, later to New Bothwell and finally settled in Niverville. As new immigrants, her family worked really hard to make a living in Canada. As the eldest child, Emily was required to help with the family’s various business ventures, but hard work was not something she shied away from. She spoke fondly of all of her working memories, including bee keeping, egg turning at the family hatchery (sharing a brick of ice cream with her father often followed this), and actively building WM Dyck & Sons with her father and later on with her husband.

On August 19th, 1950 Emily married the love of her life. She often joked about the competition for Alex’s affection being quite steep and felt like she won the lottery when he asked for her hand. This feeling was evident in her love and dedication throughout their marriage. They rapidly began to fill their “quiver full”, as was discussed at the alter on their wedding day, with the birth of their first son on June 5th, 1951. Five more beloved children followed this and Emily became a very busy mother but never too busy to be present for anyone who had a need, or just wanted a visit. Her home was rarely empty and there was never a shortage of food to eat. She was the master hostess, both in craft and in spirit, and made all who came across her path feel welcomed and valued.

Emily was a creative soul and her interests and hobbies reflected that. Some of her greatest
joys were being in her garden, writing, and painting beautiful landscapes. She graciously shared the bounty of her garden with friends, family and passersby. She was also an avid cook and baker. Her family grew accustomed to fresh buns every Saturday and a home cooked meal every Sunday. Nobody could multi-task quite like Emily. Grandchildren in need of caretaking were often hauled along to deliver the large meals she cooked for her brother’s farm crew. Emily had a selfless, loving heart and showed this love to all around her. Her strong faith in God was evident in all she did and said.

As life slowed down, Emily managed to be the number one fan for all of her grandchildren and great grandchildren at an array of sporting and musical events. She remained vibrant and witty, even during her struggle with memory loss. As the matriarch of her family, she instilled the importance of family by gathering us together. She often spoke about how proud and pleased she was that her family loved each other so much. She will leave a large hole but her legacy will go on.

As a family, we would like to extend our warmest thanks to all who have had a part in supporting and caring for our Mom/Oma throughout her journey.

A private family memorial will take place to celebrate her life.

In lieu of flowers, donations in Emily’s memory can be made to the Town of Niverville for the Opa’s Park Restoration Project. The land which this park is situated on was donated by Emily’s father.
Cheques can made out to ‘The Town of Niverville’ and be mailed to:
Box 131, Niverville, MB R0A 1E0
Please kindly indicate in the memo that the funds are to be earmarked for the Opa’s Park Restoration Project.