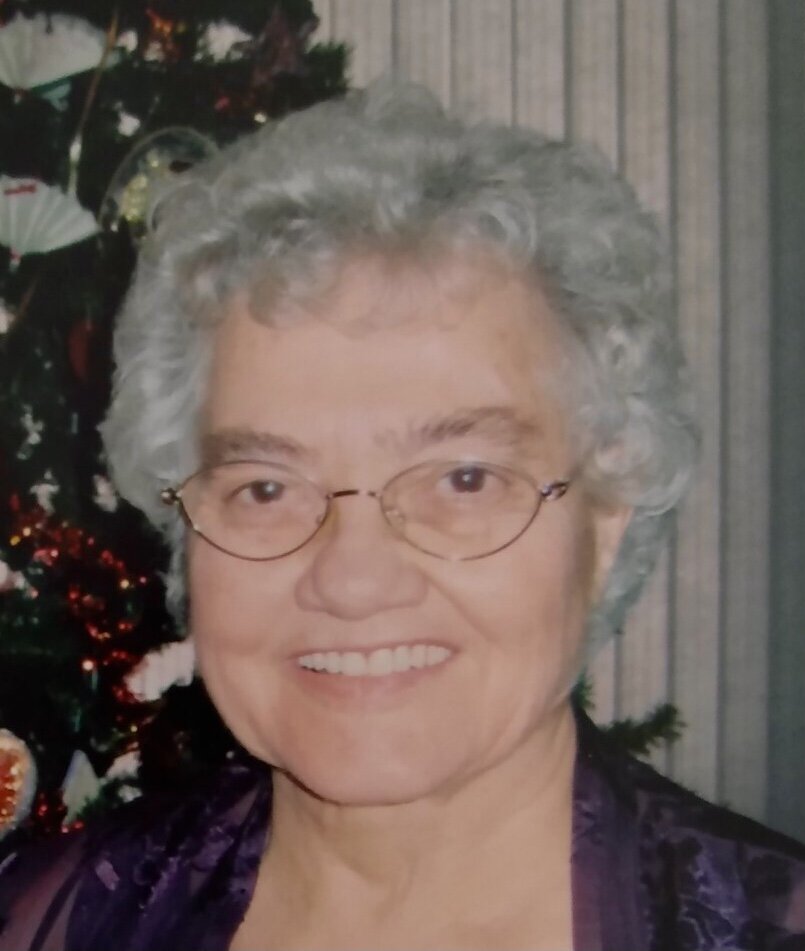 Mary was born at home, on a farm near Silberfeld. She weighed 4 lbs at birth. Her head was so small that it could fit inside a teacup. Life presented Mary with many hardships, including infantile paralysis (polio), epilepsy and in 2008 she was diagnosed with dementia. Polio caused paralysis on her right side when she was 2 1/2. She was very ill for a long time and almost died. She had to learn to walk all over again. Her childhood illnesses, especially the epileptic seizures, prevented her from staying in school so her parents and sisters looked after her at home. Her mother was not well herself so Mary’s care often fell to her sister, Helen.

Mary loved it when visitors came to the farm. She enjoyed going visiting too. She loved singing hymns and had a steadfast faith in the Lord. In her later years, when she became agitated or distraught, the staff would call Helen and she would sing hymns to Mary and pray with her to calm her down. Faith endures.

In 1948, her family, like many other Mennonite families, emigrated to Paraguay. They had to say many sad goodbyes to the friends and relatives who stayed in Canada. Her family only lived in the Mennonite settlement in Paraguay for a few months before they left it. They ended up moving around a lot and eventually settled in the village of Villarica. Helen spoke the best Spanish so she had to take Mary to her many doctor appointments. Mary and Helen were very close their entire lives.

Mary loved her Mother dearly and was deeply saddened when she passed away at the age of 58. Mary was only 18. Her father sent her back to Canada for Helen to look after (Helen had moved back to Canada by then). Helen always took care of Mary and looked after her needs but with a large family of her own, and limited space, Mary was not able to live with them permanently. The family appreciates all of the people who helped with Mary’s care over the years, especially the late Mr. and Mrs. Rempel, who became like parents to her.

Mary liked to be helpful and volunteered at the Steinbach MCC Thrift Store for years. She worked hard, had a smile for everyone and enjoyed meeting people. She loved to knit together wire hangers, which were always a good seller at the store. Her family loved them too so she also gave them to us for birthdays and Christmas.

Mary and her father travelled to Paraguay for a visit in 1975 (he had moved back to Canada). Her father died while they were there and Mary came back to Canada. She took a trip to Paraguay again in early 2008 and enjoyed visiting her sisters and their families.

The family would like to thank the staff at Bethesda Place for the care they gave Mary during the almost 12 years she lived there. Special thanks to Shauna Funk for going above and beyond.

A Come & Go viewing will be held on Thursday, November 18th, 2021 from 7:00 -9:00 p.m. at Birchwood Funeral Chapel in Steinbach, Manitoba, following all Covid restrictions. Please line up in your vehicle on the west side of the building and a director will usher you in when it is safe to do so.

The funeral service will be held on Friday, November 19th, 2021 at 2:00 p.m. at the Birchwood Funeral Chapel in Steinbach. The service is open to all those that are fully vaccinated. Proof of vaccination is required.