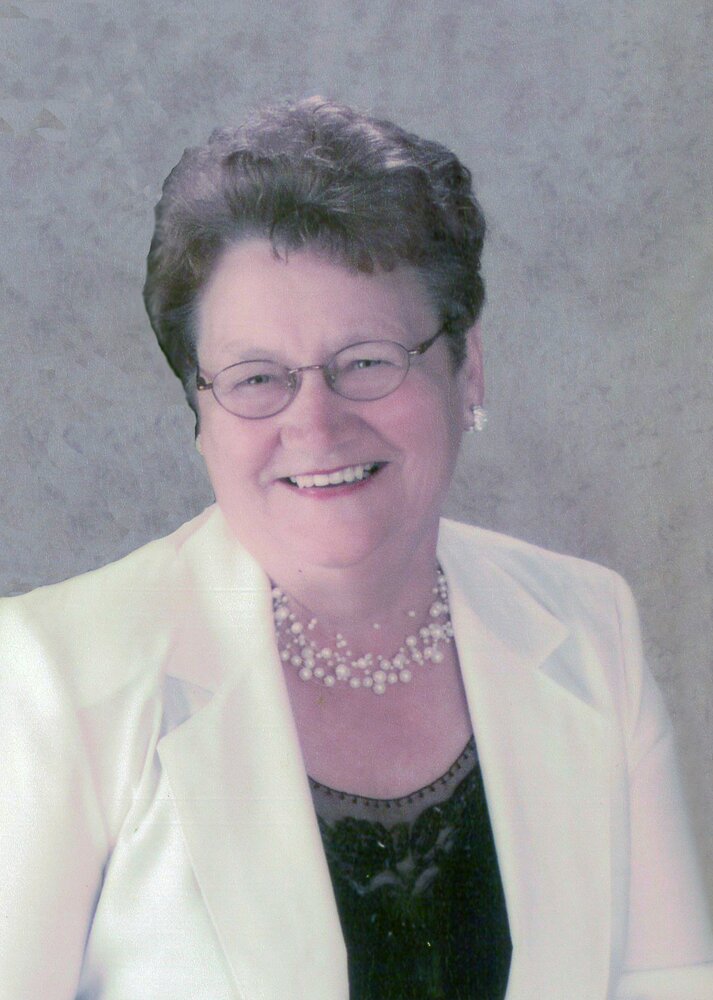 Anna (Funk) Wiens, of Grunthal, at the age of 85, passed away peacefully at Bethesda Regional Health Centre, Steinbach, MB.

Anne was born on the family homestead in Barkfield, MB. She attended Lister East School. At the young age of 10 years old, she committed her life to Christ at her mother's knee. At the age of 12 Annes mother passed away, leaving her to tend the household and her younger sister Susie, while continuing her education.

At 17, Anne left the farm and found employment in Winnipeg working in a private home and later was employed at the University of Manitoba.

Anne met her future husband, Peter Wiens, at a spring wedding at the Spenser Bergthaler Church. After a courtship of dating and letter writing, they were baptized at the Grunthal CMC church. They were married August 27, 1955.

In November of 1956, they welcomed their son Raymond John. Four years later, their daughter Sharon Anne arrived, followed in 1961 by their son Stanley James and in 1965 their daughter Luella Grace.

Anne was active in her church community volunteering together with her sister Susie for 40 years, with the MCC. She was very involved in assisting her husband Peter, in ministry with the Shantyman and the Union Gospel Crusaders. Anne led women's bible studies and did home visitations to young mothers. She loved to read, sew, gardening, canning, cooking for her family and guests. Anne enjoyed singing, camping and caring for her grandsons. During her lifetime, she enjoyed family vacations and travel. She made a number of trips to South America and numerous North American locations.

Anne was a positive, fun loving, gracious, generous, and profoundly loyal. She excelled at hospitality and adored her husband and family. Her life was defined by her deep faith in Jesus Christ. She treasured the blessings in her life and when the winds blew bitter, she faced these adversities with courage and resolute determination. In later years, Anne struggled with congestive heart failure and diabetes. Anne has finished her earthly race and is celebrating in her eternal home. We believe she will be waiting to greet us at the gates of Heaven.

Anna was called Great-Grandma by Janessa Wiens, Callum and Elliot Fehr as well as Anabell, Zade and Taizo Friesen.

Left to cherish her memory are her sisters Helen Maguire and Sarah Friesen, sisters-in-law Eva Funk and Sally Wiebe, brother-in-law Cornie (Martha) Sawatzky, Ben (Sara) Sawatzky and a multitude of nieces and nephews.

A private family, by invitation only, will be held on Friday, November 26, 2021, at 1:00 p.m. at Birchwood Funeral Chapel, Steinbach, MB. To join the family via live stream please visit the link shortly beofre the time of the service.https://view.oneroomstreaming.com/authorise.php?k=1637706739150012

A public interment will take place at 3:30 p.m. at the Grunthal Cemetery.

The family would like to extend a special thank you to Southern Health Home Care, Bethesda Regional Health Centre as well as Pansy Chapel.