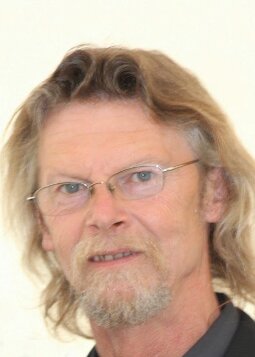 It is with great sadness that we announce the peaceful passing of Randolph “Randy” Friesen on December 5, 2021 at the Health Sciences Centre.

He will be deeply missed by his loving wife of 41 years, Alvina, and their sons Chad (Melissa), Jason (Heather), Travis (Moriah), Steven (Jennifer), and Aaron. He also leaves behind 10 grandchildren - Taylor, Pyper, Raya, Sydney, Seth, Zander, Everly, Novalee, Rhett and Rorie. Randy is also survived by his brother Rodney (Shirley), and sister Linda (Ernie). Randy was born on January 13, 1960 in Winnipeg, Manitoba to Nelson and Anne Friesen. He was the oldest of five children. He grew up on a small hobby farm just outside of Kleefeld.

He would later meet the love of his life and marry her before moving to Niverville to raise five boys of his own. He was a committed father and grandfather who loved to spend time teaching his sons about mechanics.

Mechanics and hard work are what he was known for. He would eventually go on to make a name for himself in the diesel repair industry. In the late 90s he worked with his family to open their own successful shop in Niverville which included working with his dad, brother and sons.

In 2007, he and his wife purchased a cabin at Lee River and moved there to spend time at the lake. He enjoyed spending every weekend in summer time with his family on his pontoon boat. He was always entertaining and loved to have people visit their cabin. He enjoyed snowmobiling with his sons and would take his grandchildren for endless golf cart rides. His grandchildren were the highlight of his life.

He will be missed for his wisdom and his sense of humour. He always knew when to take things seriously, but more often than not, he could be found laughing in most situations. He was known for his talents, but will be remembered for his strength.

We, as a family, wish to thank all the caregivers who cared for Randy.

In memory of Randy and in lieu of flowers, donations can be made to CancerCare Manitoba.

The private funeral service will be held at Word of Life Church in Niverville, MB on Friday, December 10, 2021.

Please join the family via livestream at 1:00 p.m. by visiting the following link: