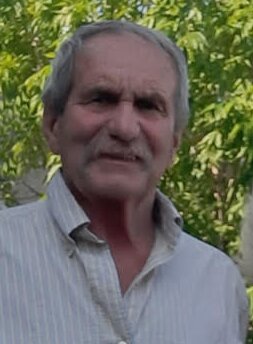 With broken hearts, we the family of Lawrence Edward Wilson “Lew, Larry”, sadly announce his peaceful passing, on Dec 6, 2021, as a result of Lewy Body Dementia.

Lew was predeceased by his father Edward Wilson, his mother Irene Wilson and his father-in-law Tammas Scott.

Lew was born March 13, 1948, and was raised in St. Vital, Winnipeg. At a young age of 17 he started his career with the City of Winnipeg, completing 37 years before retirement in 2004. He worked in Regional Park Operations, Community Park Operations, Budget Bureau and Finance Department. He did everything from cutting grass to budget controls, creating a successful career for himself.

Lew was so proud of his son Scott. He enjoyed coaching his soccer team and watching him grow to the man he is. He was equally proud of his daughter Heidi with her singing, taking many trips with her and the school choir. Lew received his PADI, Canada International Open Water Diving Certificate in 1982, enabling him to dive in Barbados. Lew enjoyed fishing in Manitoba, Ontario and Texas, catching a master-angler pickerel right here in Lake Winnipeg. Lew took up running at the age of 50, running a number of half marathons. He and his wife spent many years on motor-home adventures, taking them as snowbirds, west to BC, through to Florida and Texas. Garage sales were Lew's favourite pastime, taking him far and wide for his next treasure. Lew, Heather and their children spent many years at their cottage in Ponemah where they have made lifelong friends. Lew's love of cars allowed him to have a few 57 Chevy's, unfortunately the last one never got rebuilt but he was happy with his sports car instead. We all love you and as he would say, “we will see you on the other side.”

A private celebration of life will take place by invitation.

The family would like to thank Home Care, the Hospital and the PCH in Steinbach for their compassionate and professional care. Thanks also to all the doctors and nurses for a peaceful farewell.