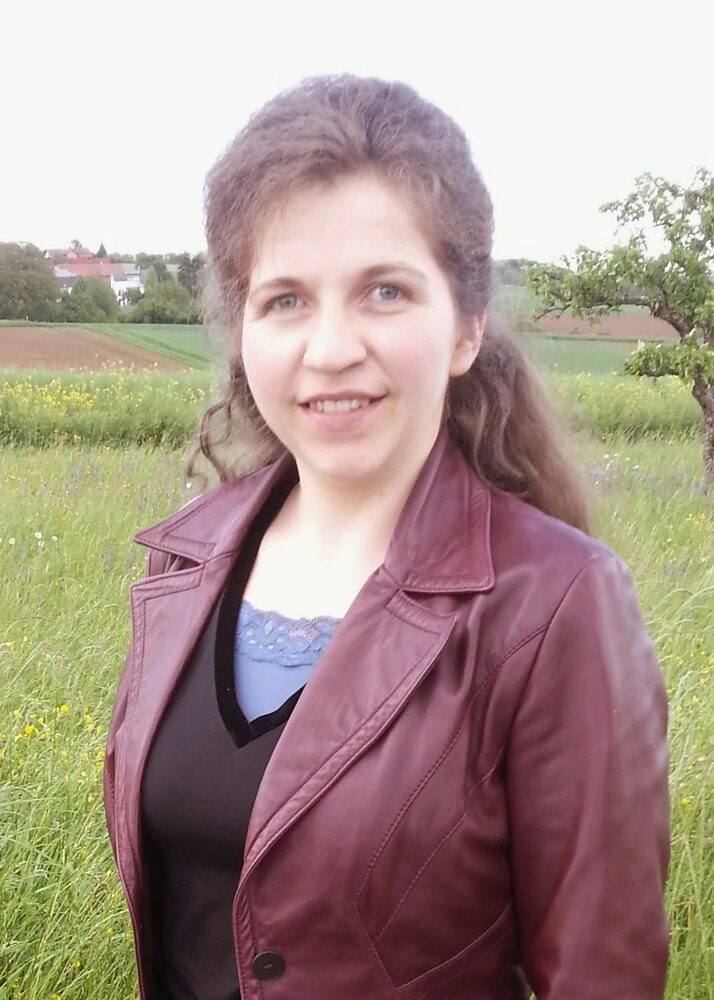 Elli is survived by her loving husband Peter; five young children: Romy, Yeshua, Simeon, Gerith, and Luther; her parents, Otto and Anna Janzen of Marchand, MB; her eight sisters, of whom seven have their own families; two brothers; her in-laws, Heinrich and Eva Friesen of Leamington Ontario; two sisters-in-law; four brothers-in-law, three with their families; two step-sisters-in-law with their families; one step-brother-in-law; and 38 nieces and nephews. Elli is also survived by her grandmother, Anna Bergen, and step-grandmother, Lydia Janzen, nee Friesen.

Elli was predeceased by her mother-in-law, Justina Friesen (nee Wall); her grandparents Herman and Antonina Janzen; and her grandfather, Cornelius Bergen.

Ella (Elli) was born in Leninpol, Kyrgyzstan to Otto and Anna Janzen on October 17th, 1983. She went to the Gesamtschule of Waldbroel in Germany and later attended school for Kaufmännische Handelsschulausbildung (Business Education). On October 15th, 2002, two days before her nineteenth birthday, she, along with her family arrived in Canada to make Marchand, Manitoba their home. With the exception of about one year in Barrhead, Alberta, and one year in Leamington, Ontario, Elli remained in the Marchand area. She worked at various jobs until she married Peter (Pedro) Friesen on June 28th, 2008. She lovingly and sacrificially devoted herself to her marriage and family.

Elli was passionate about the things that she loved. She understood the chemistry of cooking and baking, which enabled her to excel at both. In her view, recipes were not meant to be followed but to provide inspiration! If there was an ingredient listed which she did not have, that was mostly not a problem as she had a way around it, very often improving the recipe as she would go. Her “tortes” (German fancy cakes) will be unforgettable.

As a mother she loved her children very deeply, so much so that many of her favourite personal activities went on a backburner. Even when she was already in the hospital, with all the Covid protocols, she insisted on feeding her newborn. Until her very last conscious communications, she cared. Elli was a Homeschooling mother; she believed in educating the whole person. Education was not just about academics, but a lifestyle of discipleship. Elli came from a very musical family. From a very young age, the piano held great appeal to her. After completing her piano training, she for many years blessed family and friends with her God-given talent. Especially at home she would accompany her husband and children while singing. She would always pray that God would be glorified by her music and anoint her playing to be a healing balm for hurting souls.

At the age of 15, Elli experienced the new birth in Jesus Christ. “How long will you waver between two opinions? If the Lord is God, follow him; but if Baal is God, follow him” (1 Kings 18:21).  These powerful words convicted her and after she spoke to her mother about the condition of her soul, they prayed together and she accepted Jesus as her Saviour. In August of 2001, she was baptised on her confession of faith. She faithfully served the Lord to the very end of her life. When life was overwhelming, she would retreat to commune with her Lord, spending time in God’s Word and prayer. She was a devoted follower of Jesus, sharing her faith when possible and serving in the church when possible. To her, it was more important to minister in the family, which she always considered her God-given mission.

Memorial donations may be made to Birchwood Funeral Chapel to assist the family with funeral expenses.

The family wishes to extend their gratitude to all who have faithfully prayed for Elli and the family and blessed with financial gifts, meals, and general support. A great big THANK YOU to the staff of the ICCS (Cardiac Surgery ICU) of the I. H. Asper Institute at St. Boniface Hospital. Even as we sorrow over her loss, we thank God for His wonderful work in her life!

A come and go viewing will be held on Friday, December 17, 2021, from 5:00 p.m. to 8:00 p.m. at Birchwood Funeral Chapel, Steinbach, MB. Please line up your vehicles on the west side of the building and wait to be directed inside.

A private funeral service, by invitation only, will be held with burial to follow at Heritage Cemetery, in Steinbach, MB.  To join the family via livestream please click the video below.