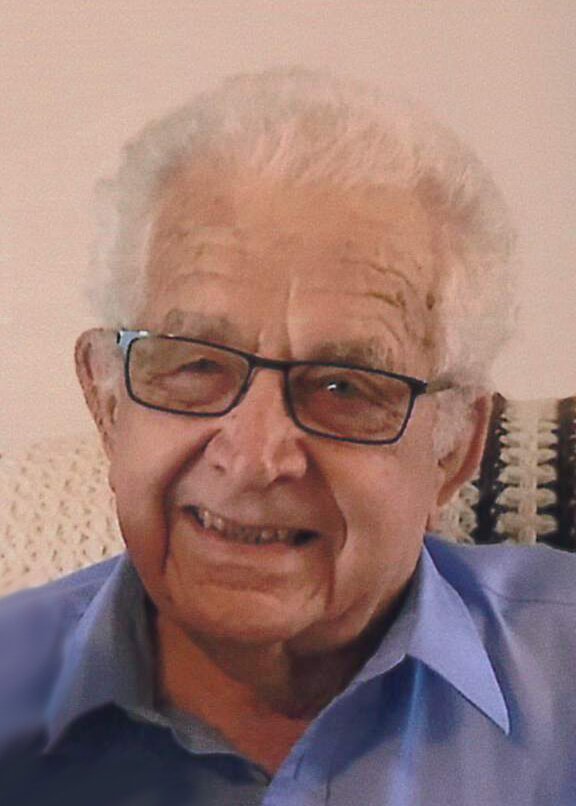 David grew up during the economically difficult Depression and in the shadow of World War II. He excelled at school and achieved a Grade 10 education which was unusual in a community that was just beginning to warm up to public education. He dreamt of being a teacher but the War interfered and, by the time it was over, he was in love with young Helena. They were married on Sunday morning, June 8th, 1947.

Having learned the skills on his parents’ mixed farm, David turned to farming and began, quickly, to benefit from the post-war boom. His first, small flock of turkeys brought $1000 and he could not believe his financial good fortune. He never looked back. After attempting a move to Riverton, 1951-53, he and his family settled on an acreage half a mile south of the farm on which he was born and, in 1960, purchased the A. K. Penner farm where turkey production expanded. The farm remains in the family to this day.

David was an active and influential member, and in hindsight, a founding father of Manitoba’s burgeoning turkey sector. For better or worse, for richer or poorer, he worked hard to expand the Blumenort Co-operative which became Manco and then Granny’s, and he was part of the group that built Friendly Family Farms. When FFF was in dissolution, meetings became so fraught that, apparently, church fathers were called upon to intervene. But regardless how difficult, David never complained about or criticized his peers, at least not in front of the family. That is the kind of man David was. Whether at home, at a church or turkey sector meeting, he was a quiet, soft-spoken presence but when he did speak, people listened. And he was known as a well informed, cautious and thorough businessman; he never expanded his operation just because the Credit Union might give him a loan.

Baptized and accepted into the membership of the Blumenort Kleine Gemeinde (Evangelical Mennonite Church) on March 19, 1944, David was active in church as a Sunday School teacher and superintendent, and faithfully attended all church meetings. He took his evangelical Christian faith seriously and remembered his many blessings. As his wealth grew, so did his philanthropy. He was a proud member of the Canadian minority that takes advantage of charitable tax laws. An uncountable number of people, less fortunate than he, has benefitted from his generosity.

David loved to sing and was an active member of the Singing Grandpas for 20 years.

Viewing and meeting the family will take place on Wednesday, March 2nd at 7:00-9:00 p.m., at Birchwood Funeral Chapel, Steinbach, MB.

The funeral service will be held on Saturday, March 5th at 2:00 p.m., at the Blumenort Community Church with interment to follow at the Blumenort Cemetery. To join the family via livestream please click HERE shortly before the time of the service.

Donations in memory of David J. Reimer may be made to Abundance Canada earmarked for Real Hope for Haiti.