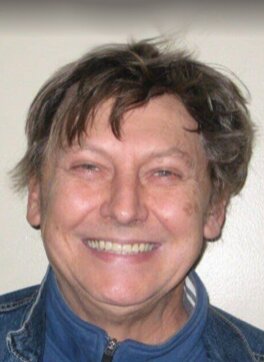 Horst Schirmacher, beloved son of Heinz Schirmacher and Olga Rogaslky/Schirmacher passed away peacefully on Monday, March 7, 2022, at the Miscercordia Health Centre, Winnipeg, MB., at the age of 59, years.

Horst was born May 20, 1962 in Volendam, Paraguay, the first child of Heinz and Olga Schirmacher (Rogalsky).  In the early years, the young family lived at the harbour Mbopicua, on the Paraguay River, where his father worked.   Later they settled at Gruenewald #10 in Volendam.  Horst has four younger brothers; Helmut, Hartmut, Hermann, Heinz and their families who reside in Germany and Heinz and his family who live in the Chaco, Paraguay.

Horst was a happy, go lucky type of person who loved life and enjoyed playing football (soccer) immensely.  His favorite teams were Cerro Porteno Club in Asuncion and Bayern München.

As the oldest son he had to help out at home and on the farm.  He attended school in Volendam until grade 8.  At the age of eighteen he moved to Asuncion where he learned the skills of a electric motor winder at WEG Elektrik and worked there at Record Elektrik for eight years as a supervisor.

A traumatic experience in his life was the separation of his parents.  His father Heinz moved to Germany and his mother Olga with his two younger brothers moved to her family in Brazil.  Horst took on the responsibilities for his younger brothers.

In Asuncion Horst met Trudy Penner and they married on February 26, 1983 in Lolita, Menno Colony.  Two sons were born to them: Damian Alexander in 1983 and Rodrigo Christian in 1986. A special joy for Horst was when Jaeda, a granddaughter was born and became part of the family. In April, 1985 Horst committed his life to Christ and was baptized and received as a member into the Mennonite Church in Asuncion.

Sadly in 1986 Horst developed mental health issues and was diagnosed with a bipolar disorder in 1988 which resulted in various hardships for him and his family.  In 1989 Horst and Trudy with their young family moved to Winnipeg and lived on Edison Ave.  They joined the Springfield Heights Mennonite Church in 1990.  During his working career in Canada, Horst was employed by several companies; Kitchen Kraft, Palliser Furniture and Woodland Supply.

Due to Horst’s deteriorating health his relationship with his wife Trudy and their two sons became stressed which resulted in the breakup of their marriage and the estrangement of his two sons.  Over the years his health continued to decline and he eventually was moved to the Selkirk Mental Health Centre where he resided for a number of years. While being a patient at the Misericordia Health Centre, the Lord relieved Horst of all his suffering on March 7, 2022 and in his loving arms took him to his eternal home.  Rest in peace!

Romans 10:13 “For everyone who calls on the name of the Lord shall be saved”.