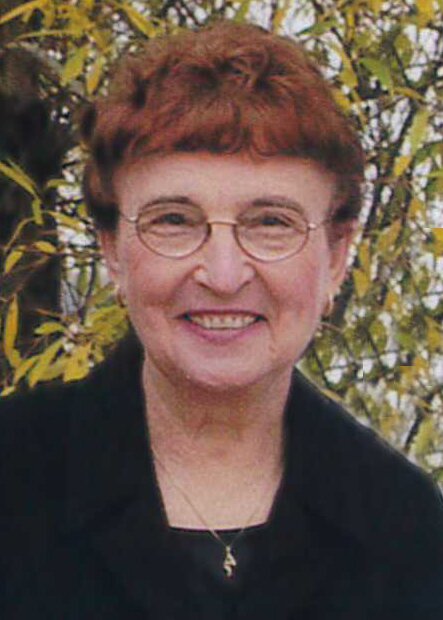 It is with great sadness that we announce that Norma Doreen Coleman (nee Pachal) peacefully passed away, at her home, in the early morning hours of Tuesday, March 29, 2022.

Norma lived a beautiful and love-filled life having celebrated her 89th birthday on March 21.  She spoke freely and with profound certainty about being ready and eager to reunite with the love of her life, Red (Seaton) Coleman who passed away in November of 2020. We are comforted by the thought of them dancing together once again, eternally light on their feet.

Norma took great pride in her role as the matriarch of her beautiful and loving family. She will be greatly missed by her five children and their spouses: Arlene (Robert Dyck), Gary (Anna DiMarco), Janet (Allan Fast), Earl (Lori Peters) and Mary (Shane Pelletier); and her eleven grandchildren and their partners: Christopher (Jasmine), Mark (Samantha), Karl (Kaely), Melissa, Mackenzie, Nicolaas (Rachel), Alexandra (Kadin), Justin (Bobbie), Kara (Brock), Zane (Brianna) and Zoe. Norma was also blessed with eleven great-grandchildren over these last eleven years. She took great pride in her role as a wife, mother, grandmother and great-grandmother, always ready to share a cookie, a story, a dance and a hug.

Norma was born in the R.M. of La Broquerie to Rudolph Pachal (Russia) and Elizabeth Kreutzer (Steinbach). Norma grew up in the Friedensfeld area where she kept herself busy with school, friends, family and chores. She developed an early love for dance from her grandmother and would often travel to Steinbach to dance at the weekly barn dance at Evergreen Farm.

In 1948, at one of these dances, Norma met the love of her life. She was only 15 years old when she met the charming and gregarious Red Coleman at what would turn out to be a life-defining dance party. They courted off and on for over six years with dancing quickly revealing itself to being one of the mainstays of their dating life. When Norma and Red married on October 29, 1955, they had a big two-day party with over 400 guests. There was a lot of dancing at that wedding and over the next 65 years, they would rarely miss an opportunity to dance. Seemingly out of nowhere, Red would get that idea in his mind, that flutter in his heart, that look in his eyes and he would reach for Norma to join him for a little “polka party” in the kitchen, the living room or on the deck at the cottage. Sometimes, Red would hear the music from afar in a public domain, like the Steinbach Mennonite Heritage Museum, and he would invite Norma to join him in a little spontaneous dance. Norma never said no. Dance was definitely one of their most powerful and enduring love languages. And a powerful and enduring love language is critical to the sustainability of a marriage and the raising of children.

Norma and Red’s first three children came along in quick succession and long before there was a water line running from the city to their sweet little home. Thankfully, by the time their fourth child was born in 1964, they had running water and thus diaper duty and many other household chores became exponentially easier to manage. Space on the other hand became increasingly challenging in their modest little two-bedroom home.

In 1965, the family moved to a larger home on Southwood Drive in Steinbach and Norma continued to thrive in her role as super-Mom and homesteader. She embraced her role with genuine enthusiasm, taking on the job of “skate tying mama” at the boys’ hockey games, baseball coach, chauffeur for kids’ events including sporting practices, choir practices and girl guides events, family gardener, family seamstress, and homemaker extraordinaire with her canning and baking talents. In fact, in 1974, when Steinbach celebrated its Centennial, Norma became a legend for her homemaking skills when she decided to put forth one hundred exhibits for the town’s competitions in baking, sewing, canning, braided rugs, flower arranging and home-grown produce. She discovered that 100 entries may have been somewhat unrealistic to achieve, but she still managed to enter 94 exhibits! Steinbach had its own genuinely talented and overly ambitious Martha Stewart.

In 1976, Norma gave birth to her fifth child, a beautiful daughter. Mary was a little late to the party, but she turned out to be the life of the party. This surprise baby allowed Norma to enter back into the beautiful life-giving world of early motherhood while simultaneously enjoying the teen and early adult years with her other four children. Once again, Norma thrived in her role as wife and mother and quickly adapted to the evolving and growing responsibilities of life as a mother of five with very diverse needs and interests and devoted wife to a perpetually busy and ambitious entrepreneur.

Norma was a woman of tremendous faith and she instilled this strong faith in her family. She was baptized and confirmed in her Lutheran Faith and she continued participating in the church serving as she was able with her many talents. Mom enjoyed singing in the choir for many years. She also taught Pioneer Girls and helped on the serving committee. During the 1980’s she was on the Canadian Lutheran Ladies Cookbook committee and worked with many other wonderful people to produce a cookbook with recipes from Lutheran Church’s from all across Canada.

More recently, Norma found tremendous joy in her roles of grandmother and great-grandmother and spending time with her adult children and extended family at any and every opportunity provided. Since 2003, the entire family has gathered for a weekend at Robert and Arlene’s cottage at Ptarmagan Bay for the annual Coleman Family Weekend. It has been an extraordinary blessing to be able to connect with the growing family over several days of good food, good stories, good fishing and highly competitive card and Bola Ball tournaments.

The last two years without Red have been a bit of a challenge for Norma. She has missed him terribly and she often spoke of how she looked forward to their eventual reunion. Christian faith was an anchor and a lighthouse for Norma and Red as they raised their family, providing a solid foundation for their values and a guide for their safe passage through the many trials and tribulations of life. This same devotion to faith is what helped Norma to find her way through the devastating loss of her husband after 65 years of marriage.

The Coleman family extends their warmest and most sincere thanks to the team at Silver Lining Care who helped care for mom daily over these past two years and especially in the last 10 days of Mom’s life. As well we would like to thank Dr. Gordon Dyck, Pastor Terry Gudmundson and Reverend Al Maier for their lifelong commitment to providing Mom with professional care delivered with heartfelt compassion.

“He will wipe away every tear from their eyes, and death shall be no more, neither shall there be mourning, nor crying, nor pain anymore, for the former things have passed away”

We invite you to come and celebrate Norma’s life with us. A public viewing will be held on Tuesday, April 5, 2022, from 7:00 p.m. to 9:00 p.m. with a devotional at 8:00 p.m. at Birchwood Funeral Chapel, Steinbach, MB. To join the viewing via livestream please click HERE shortly before the time of the service.

A funeral service will be held on Wednesday, April 6, 2022, at 11:00 a.m. at St. Paul’s Evangelical Lutheran Church, 465 Henry Street, Steinbach MB., with a viewing one hour prior to the service. Burial to follow at the St Paul’s Lutheran Church Cemetery.

If you are unable to attend the service and would like to join the family via livestream please visit the link below shortly before the time of the service.

A Celebration of Life reception for Norma and Seaton will follow the burial.

In lieu of Flowers, the family requests that donations on Norma’s behalf be made to St. Paul’s Evangelical Lutheran Church Memorial Fund or Lutheran World Relief.