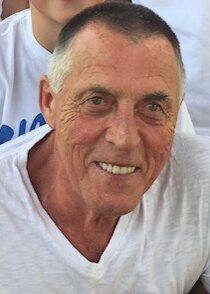 Peacefully with his family by his side our fearless leader quietly passed away, after a lengthy hard-fought battle with cancer.

Maurice was born in South Junction, MB, August 18,1947.  He was predeceased by his parents Albert and Dora, brother Raymond, sister Irene (Leo), and brother Dave.

Maurice was a long-time cement truck driver who worked at McCurdy’s, Supercrete & then retired from Lafarge in 2007 after 35 years.

Once retired, Papa enjoyed all that Woodridge had to offer like snowmobiling, quadding, blueberry picking, playing baseball at the Woodridge park then winding down by the bonfire in the evening.  One thing we won’t forget was Papa testing the fire alarm at 5 am to give us a rude awakening for a long day of work ahead to go cut wood in the bush with his family.  We are truly blessed with lots of memories shared with Dad/Papa like all the breakdowns from the weekend that would be up and running for us come the following weekend.

Maurice was an active member of the East Elmwood Community Club & Sports Convener.  He also played with the Vassar Men’s fastball team.

His loving wife Marlene when she finally retired after the new build in 2015, enjoyed their time together in Woodridge gardening, cutting grass, feeding family and catering to the kids.  Papa was our mechanic/ foreman when it came to teaching the kids how to fix all the toys that broke down.  His famous saying was “If you want to ride it, you better know how to fix it.”

Thank you to Dr. Donald Houston and all the staff at HSC and Steinbach CancerCare.

In lieu of flowers, donations in memory of Maurice may be made to CancerCare Manitoba.

Don’t cry for me because I’m gone, smile because I was here.