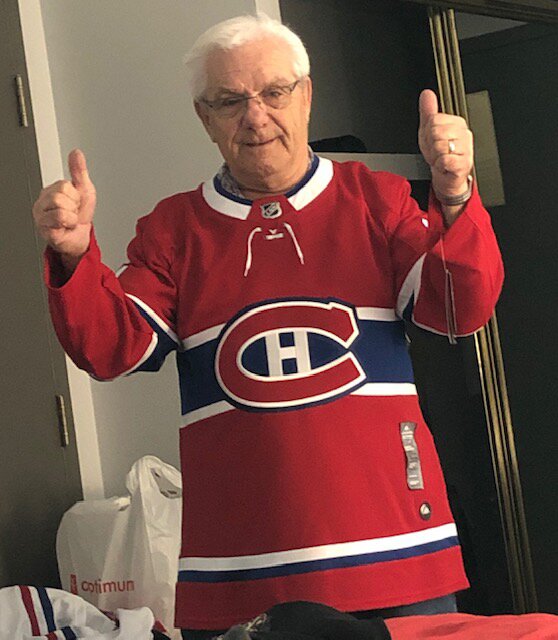 It is with deep sorrow that we announce the passing of Gerald St. Vincent “Popeye”, on Tuesday, April 5, 2022, at St. Boniface Hospital, at the age of 74.

Gerald grew up in St. Joseph, Manitoba, and moved to Ste. Anne at the age of 19 where he met the love of his life while playing hockey for the Aces.

He will be missed and lovingly remembered by his wife of 53 years Denise, son Yvan (Lisa), daughter Jo-Anne (Darren) and grandchildren Karly, Haley, Cooper and Ella. He is also survived by several brothers and sisters.

Gerald was predeceased by his parents (Jos and Cecile) and by his brother Jeannot and sister Rose-Marie.

He helped on his family’s farm and worked any odd jobs he could find starting at an early age. He spent several years working for Claude Neon signs, Seine River school division and volunteering with Ste Anne Fire Department and coaching hockey. His work ethic and desire to take care of his family were always at the forefront of everything he did. He was a great father and pépėre and there is nothing he would not have done for his children, grandchildren, friends, and community. He loved camping, boating, travelling, growing veggies, coffee at Old 12, spoiling his grandkids, anything to do with hockey (particularly his son’s and grandson’s teams), Ste. Anne Aces and Montreal Canadiens.

The family would like to thank Ste. Anne EMS, Ste. Anne police, SRSD transportation department and St. Boniface Hospital Cardio staff who went above and beyond to care for dad.

A memorial service is planned for Gerald on Monday, April 11, 2022, at 2:00 p.m. at Birchwood Funeral Chapel, Steinbach, Manitoba. All are invited. To join the family via livestream please click HERE shortly before the time of the service.

People wishing to honour Popeye’s lifelong commitment to family and community can make donations to Fonds Hôpital Ste-Anne Hospital Fund Inc. at https://www.fondshopitalsteanne.ca/ in his name.