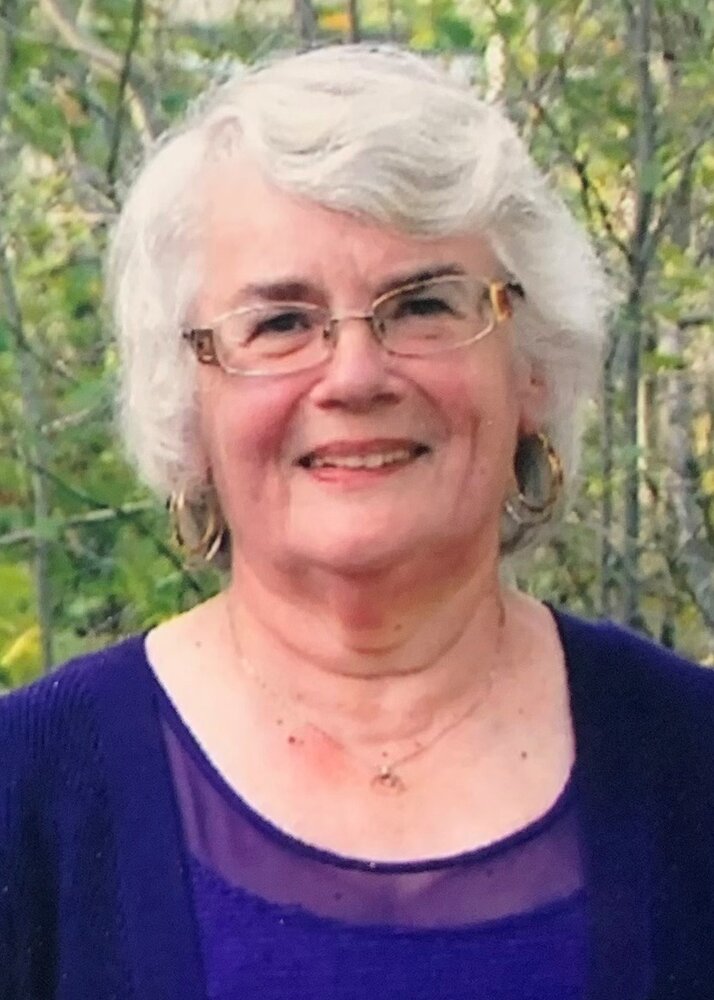 A celebration of her life will be held on Sunday, June 5, 2022, at 2:00 p.m. at Birchwood Funeral Chapel, Steinbach, MB., with interment to be held at the St. Joachim Roman Catholic Church in La Broquerie later that day. Click HERE to watch the service.

Peacefully with her two children by her side, our mother, memère, sister, and friend, Hélène Nadeau (née Brémaud) left us to meet the love of her life on Wednesday, April 20, 2022, at the age of 76.

Hélène was born on January 5, 1946, in Ste. Agathe, Manitoba. At the age of two, her family packed up and moved to a small farm in La Broquerie, Manitoba. As the second oldest of 13 children, she helped her mom in raising her siblings, even so far as to quit school for two years to help around the house. Hélène did go back and finish high school, graduating with honours.

She met and married Gerry Nadeau in 1969. In 1971, the young couple bought a small house in town where they raised their two children. Hélène lived in this house until the time of her passing. After being a stay-at-home Mom for several years, she became a homecare worker where she took care of the elderly in the Southeast area – a “job” that wasn’t a job for her, but where she showed her compassionate side and brought comfort to those who needed it most.

In 1988, Gerry and Hélène bought the freight division of La Broquerie Transfer, where they worked tirelessly in getting this enterprise off the ground. Their son Serge joined them a few years later.

In December 2001, after 32 years of marriage, she unexpectedly lost her loving husband to a brain hemorrhage. Heartbroken but determined to keep the company going, Hélène, Serge, and her daughter Carole persevered and continued to expand this thriving successful family business until selling it in 2012. She did, however, decide to keep the company name, kept one truck on the road, and continued to work alongside her son until her passing.

Hélène was involved in the community for many years – having served on the La Broquerie Curling Club, Girl Guides, and Club Sportif just to name a few. Hélène was a founding member of the La Broquerie Volunteer Fire Department Wives Club where she helped with contacting the firefighters if a fire broke out (this was before cell phones & fleet nets/radios), organizing Christmas hampers and raising funds for the department. After her husband’s passing, she organized a memorial golf tournament in Gerry’s name to raise funds for the Firefighters Burn Fund. This tournament was a resounding success and became an annual event for 10 years in La Broquerie, raising over $25000 for this charity that was very close to her heart.

Hélène was the first woman on the board of directors at the Manitoba Trucking Association. She won the Service to the Industry Award in 2012, an award her husband won posthumously in 2002, becoming the only couple in Manitoba to be recipients of this prestigious honour. Along with singing in her church choir for many years, her pastimes included playing Wii at the seniors club and golfing with her lady friends. She was a voracious reader – especially her Free Press – and read everything she could get her hands on. She was an extremely talented seamstress having sewn many wedding gowns – including her own – and bridesmaid dresses for friends and family over the years.

Her two favourite times of the year were her annual May Long Weekend get-together with her sisters, and Christmas where she would sing at Midnight Mass and spend the night with her children and grandchildren – tradition was very important to her.

Hélène was a wonderful, caring, thoughtful person who loved her family more than anything else in the world. Always putting others first, she never complained about her deteriorating health. She has left a huge hole in our hearts and will be truly missed.

A celebration of her life will be held on Sunday, June 5, 2022, at 2:00 p.m. at Birchwood Funeral Chapel, Steinbach, MB., with interment to be held at the St. Joachim Roman Catholic Church in La Broquerie later that day. To join the family via livestream please click HERE shortly before the time of the service.

The family would like to thank the wonderful care she received at both Bethesda Regional Health Centre and Health Sciences Centre in the last hours of her life.

In lieu of flowers, donations may be made to the Fire Fighters Burn Fund, PO Box 45001 RPO Kildonan Place, Winnipeg, MB R2C 5C7.

Merci Maman/Memère. You are no longer in pain. Repose toi maintenant. Love you forever.